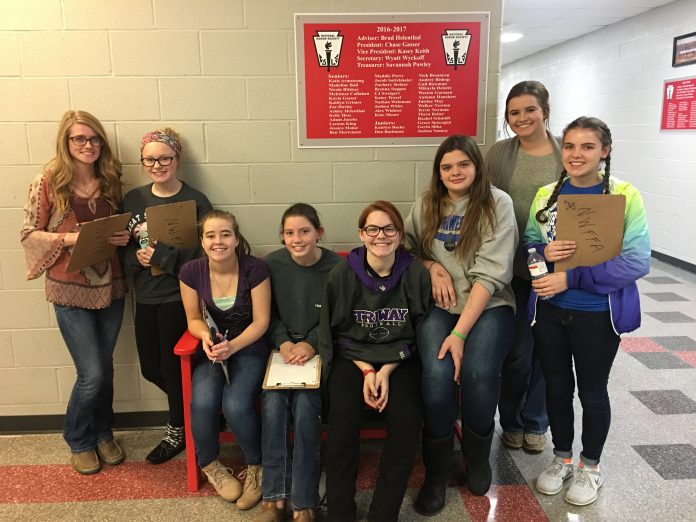 VINCENT, Ohio — The Warren FFA chapter placed fifth in the district rural soil evaluation CDE at Bob Evan’s Farm in Gallipolis, Ohio. The team, who will advance to the state contest, was made up of sophomores; Nicole Floyd, Bethany Roar, Sierra Sinclair, and freshman, Allison Florence and Josh Welch.

Nov. 9 the Warren FFA chapter hosted a Greenhand ceremony. There were 61 people in attendance. The ceremony was to honor the Greenhands, help them get a positive start in the chapter and to help parents know what is going on.

Before arriving to the convention hall, they stopped at the Exotic Feline Rescue in Center Point, Indiana.

In a separate event, members traveled to Norwayne schools Nov. 8, to participate in the District Food Science Career Development Event.

Additionally, Northwestern FFA’s urban soils team placed second out of 46 teams at the state contest, Oct. 14. This placing qualifies them to compete at the national contest in Oklahoma City this spring. The team members include Cody Tegtmeier, Cody, Morrow, Austen Wood and Michael Nutter.

At the event, embers were challenged in leadership activities and a variety of games.

Jason competed in Turfgrass Management, Michael competed in Diversified Crop Placement, and Juanita competed in Equine Placement. The members received a plaque and $500.