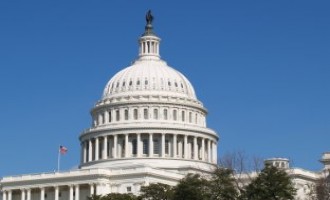 In the last days of the 2008 campaign, researchers had 15 people watch a variety of actual ads for Republican presidential candidate John McCain and his Democratic rival Barack Obama while the viewers’ heart rates, skin conductance and activation of facial muscles were monitored.

In comparison, people who didn’t favor one candidate over the other showed similar physiological response patterns and intensity to ads for both Obama and McCain.

This suggests that partisan participants weren’t really paying attention to the ads featuring the candidate they opposed even as they watched them, said Zheng Wang, lead author of the study and assistant professor of communication at Ohio State University.

“If people are exposed to information in ads regarding a candidate they oppose, they respond by basically tuning out,” Wang said.

“We tend to selectively expose ourselves to information that reinforces our existing opinions. But this study further suggests that even when exposed to information, our attention to what is presented is highly selective, as well,” she said.

The study involved 15 college students who came to Wang’s laboratory in October 2008. They were hooked up with electrodes that measured four physiological responses: heart rate, skin conductance (a way to measure sweating, which is related to how stimulated and alert the person is), and muscle movements around the cheekbone and around the eyebrows.

While hooked up to the electrodes, each participant watched 12 campaign ads — six for Obama and six for McCain — while their physiological reactions were recorded. After watching the ads, the students filled out measures of how positively and negatively they regarded Obama and McCain in general.

“At any one time, ad viewers’ reactions are affected not just by what they are seeing at that exact moment, but also by what came before in the ad,” Wang said. “The dynamical feedback model puts it all together to see how people react in a real-time, real-world way.”

For supporters of a particular candidate, the feedback model suggests that the positive feelings that viewers have are amplified as they watch an ad for their candidate, Wang said.

But for opponents, the feedback effects actually seem to decrease their response over time as they watch the ad — in essence, they tune out, she said.

“When we integrate all of the ad message inputs into this dynamical system of the viewer’s mind, we find the response of supporters is intensified, while the opponents become nonresponsive,” she said.

The results also suggest that it isn’t easy to predict how simple ad categories — such as positive ads versus negative ones — will affect viewers.

“The ad message is only part of the story because it interacts with how individuals process the ad,” she said.

“How people react to ads is a very complex and dynamic process.”