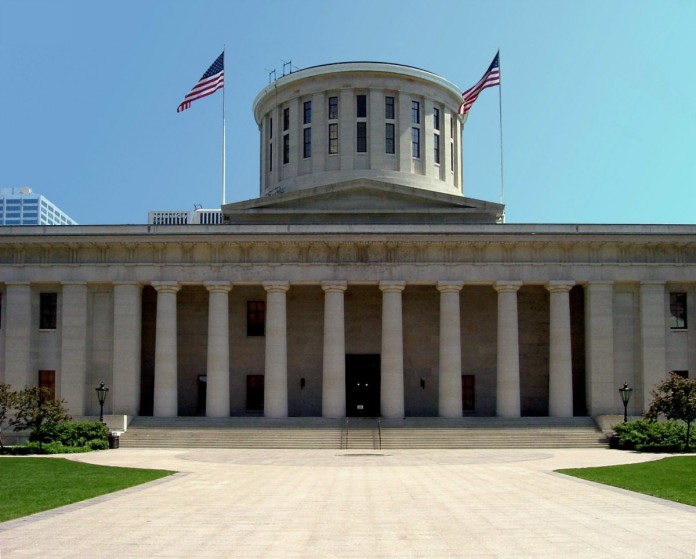 COLUMBUS — The Ohio Department of Taxation released Current Agricultural Use Values reflecting a 17 percent decrease in the tax year 2014.

But farm owners in the 24 counties undergoing triennial reappraisal or update in 2015 should not necessarily expect that to reflect a lower tax bill in 2016, tax officials cautioned.

And the 2014 decrease does not come close to offsetting CAUV increases since the last update in those counties, in 2012, tax officials said.

The CAUV was established in 1975 as a means of taxing farmland on its agricultural use value and not its full market value. In recent years, due to higher crop prices and lowered interest rates, some Ohio farm owners have faced as much as 200-300 percent increases in CAUV rates.

Both the Ohio Farm Bureau Federation and the tax department agree that the implementation of several OFBF-proposed changes to the CAUV, including updates to the computed debt-equity split, increasing the deduction for woodland clearing from $500 to $1,000, and improving the timeliness of the release of annual crop price and crop yield tax values — contributed to the 2014 CAUV reduction.

“But even with the new values put in place, you are still going to see some increases,” Leah Curtis, OFBF Director of Agricultural Law, said.

In addition to past years’ CAUV increases, the values are applied to municipal tax rates to generate each tax bill.

Following the May 28 CAUV tax advisory committee meeting where the new values were released, Ohio Tax Commissioner Joe Testa said the department has heard and responded to concerns about agricultural land values but says the benefits of the CAUV program should not be forgotten.

“I am certainly aware that there are some farmers and farm land owners facing tax increases but believe the factors impacting land values are moving in a favorable direction for the agriculture industry in Ohio,” Testa said. ”The CAUV remains a very valuable program for Ohio’s farmers which results in significant property tax reductions when compared to land not being used in agriculture.”

In a May 28 press release, the tax department noted that 2014 CAUV value is 52 percent of the statewide average market value, as determined by Ohio county auditors, and is below average U.S. Department of Agriculture values.

The tax advisory committee did not address additional CAUV formula changes suggested by the OFBF earlier this month, including the use of a Simple Band of Interest method of determining the CAUV capitalization rate, which does not include such market influences as a holding period or equity buildup.

“They said they don’t plan to make any more changes in this tax year, but we would still hope these (most recently suggested) changes could be applied to 2015,” Curtis said.