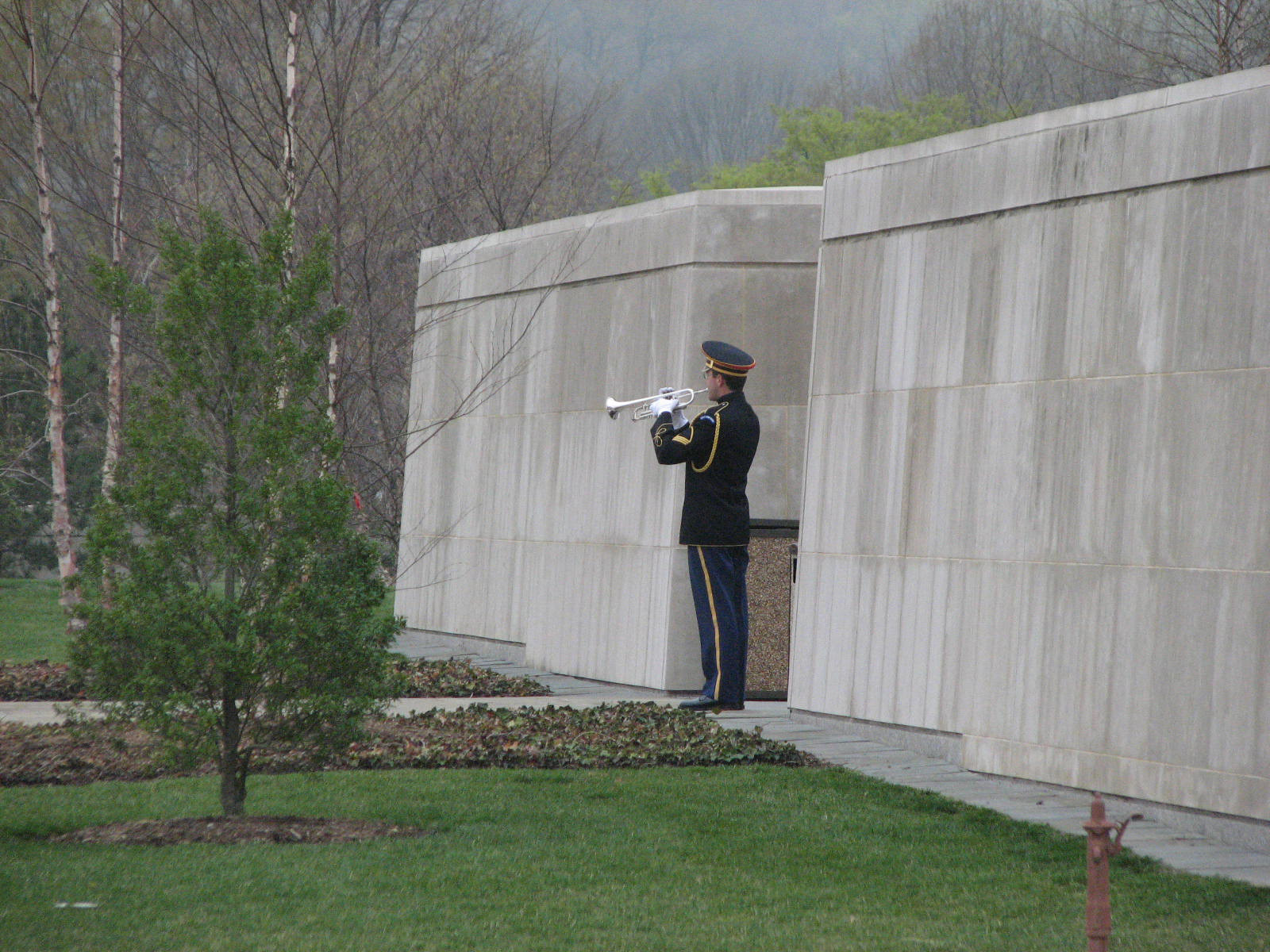 Staff Sgt. Michael Jury, an Army bugler based at Fort Myer, plays Taps during a funeral outside the Columbarium at Arlington National Cemetery. Jury also plays during wreath ceremonies at the Tomb of the Unknowns, for the president or foreign dignitaries and during performances by the U.S. Army Band, “Pershing’s Own.”