MOUNT VERNON, Ohio — Moving a livestock auction is no small task, but United Producers employees are doing just that at a Knox County auction.

The Mount Vernon livestock auction, which was held in Mount Vernon since at least 1953, has moved three miles north to a renovated dairy barn. The new location is 14200 Cassell Road, Fredericktown — along state Route 13.

The new location is an old dairy barn and residential house, where staff have worked to create a small stockyard, unloading dock, weighing pen and office.

Facility manager, Rick Reynolds, has been with United Producers for 38 years and has managed the Mount Vernon sale the past 15 years.He said he didn’t expect to ever move the sale, but UPI was unable to renew its lease agreement on the old facility, and, because the sale has decreased in volume over the years, it made sense to relocate. 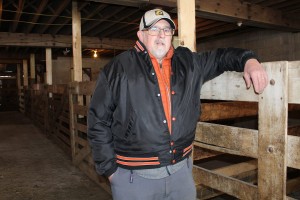 “This wasn’t what I had planned in mind to do — it’s been a challenge,” he said, adding that “for most of us, it’s been a ‘fun’ challenge.”

At the new location, the auction will no longer feature an auctioneer. The auction will still be held every Wednesday, but the animals will be sold through a private treaty format.

Animals will be accepted Tuesday from 1-8 p.m. and Wednesday morning, from 7 a.m.-noon. Bids will be placed the day of the sale, and all bids should be in by 1 p.m. Wednesdays.

“I think this (facility) is going to suit us for what we intend for it to do,” Reynolds said.

The private treaty was actually in use at the old location, Reynolds said. The difference is, the live auction will be discontinued.

The auction sells most types of farm livestock, but is especially known for sheep sales. Some 200-300 head of sheep are sold every Wednesday at the auction, and throughout the week, about 800-1,000 total head are sold, Reynolds said.

Reynolds, along with his staff of about seven, has spent the last several weeks moving and rebuilding pens. Most of the gates at the new sale barn are made of solid oak and were removed from the old stockyards. Some of gates are believed to be 75 years old and in good condition. 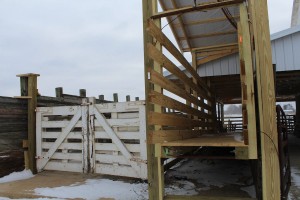 Still, some construction had to be done on site, including new wood poles and some new roof extensions. The electrical wiring was redone, and the loading dock was constructed so it can be used by semi trucks, pickups, buggies and about any vehicle a person brings.

The facility is all located on the same side of the highway, on about a five-acre lot. There is ample space to park and maneuver livestock trailers. And, the straight, uninterrupted roadway allows for easy on-off access.

Keeping the local sale is important to livestock producers, not only those who come from within the county, but also some who come from across the state.

“We’ve had a lot of farmers come to us and say they’re glad we’re staying in the area,” Reynolds said.

Roy Mizer, assistant vice president for UPI’s livestock marketing, said the new location is close to the old sale, and keeps the auction in the community.

“It allows us to stay in the region and continue to service those customers in a little different setting, but in a positive way,” he said.

Mizer said the livestock industry “has changed dramatically” over the 40 years he’s been with UPI, and so has the way farmers use livestock auctions. Most farms have grown in size and are now using direct marketing and selling directly to meat packers.

However, there’s still a strong auction market, he said, and auctions still have the benefit of bringing buyers and sellers together, to determine the top price. 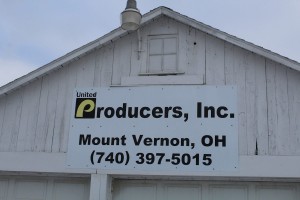 The new facility will be inspected by the Ohio Department of Agriculture and must meet other inspection standards, Reynolds said. It will feature the same UPI benefits, including access to credit and risk management.

For more information, visit www.uproducers.com or contact the sale office at 740-397-5015.

How to amend your garden soil for next season