(Scroll down for photo gallery and top sale results)

CANTON, Ohio — More than 200 dairy farmers from across the nation traveled to Canton, Ohio, for the four-day National Brown Swiss Convention, July 5-8.

“We all have one thing in common — our love for the big brown cow,” said Janel Wailes, of Holyoke, Colorado. Wailes and her husband, Marc, make the trip each year to catch up with friends in the industry and learn from the local dairies.

Ro-La-Sue Dairy Farm in Wooster, Ohio, was the first stop for afternoon farm tours, July 6. Many were interested in seeing the farm’s four robotic milkers in action. The Scheibe family milks 240 cows, 25 of which are Brown Swiss.

Since installing the robotic milkers in 2013, production has increased by over 20 pounds of milk per head per day and the rolling herd average increased by 5,000 pounds.

Leslie Olson, a dairy farmer from Spring Valley, Minnesota, said he was particularly interested in the robotic milking system. Back home, his family milks 250 Brown Swiss and Holstein cows.

Olson said he is nearing retirement, with his son in the process of taking over.

“We’ve had a lot of labor trouble over the years,” said Olson. With milk prices being down and labor challenges, he said this is the first year in 17 years, they are not milking three times a day.

“I like seeing that you can incorporate (robotics) into an existing freestall set-up,” he said.

Jim and Rita Kennedy of Valencia, Pennsylvania, were also interested in learning more about robotics. They have three sons who work on the farm and have been considering incorporating the robotic milkers into their operation.

Along with the milkers, Ro-La-Sue installed a Juno feed pusher and in 2015, installed a Lely Cosmix feeder, which helps train new heifers for the robot.

The final tour stop was RNR Swiss, in Lakeville, Ohio, where Ron and Renee Michalovich, their son, Kevin, and Kevin’s wife, Kari, milk close to 200 head of Brown Swiss cattle. Top genetics were the highlight of this tour.

Their attention to genetics and production did not go unnoticed, as they were honored with the 2017 Active Master Breeder award during the convention.

“Shocked, just shocked,” was all Ron could say after receiving the award. The family has been active with the Brown Swiss Cattle Breeders Association. Ron served two terms as a national director and Renee is co-chair of the 2017 convention.

For some producers, the yearly convention is the only time they get to see each other. This year, the story of two friends was the highlight of the youth fun auction.

Marlene Lammers, of New Knoxville, Ohio, decided it was time to part with her 14-carat gold Brown Swiss pendant that her husband had made special for her.

“He took a picture of a Brown Swiss into the jeweler and had it made for me,” said Lammers. For years, Lammers would wear the pendant on a small gold chain to Brown Swiss events and functions. Her husband died in August of 2012.

Having retired from the dairy business, Lammers felt it was time to pass on the pendant and earn some money for the youth in the in the dairy industry. She put the gold charm in the youth fun action during the convention and was surprised to see the bidding reach $2,000.

Even more surprising was seeing a longtime friend in the industry doing the bidding. Rita Kennedy is the new owner of the golden Brown Swiss pendant.

“Our father-in-laws were good friends, we go way back,” said Kennedy. “We’ve spent lots of conventions together.” Lammers said her husband had gotten to know a lot of breeders over the years and having the convention back in her home state of Ohio, she just felt it was the right time to pass it on.

The youth fun auction brought in $12,000 to go toward youth programming and scholarships within the Brown Swiss Association. 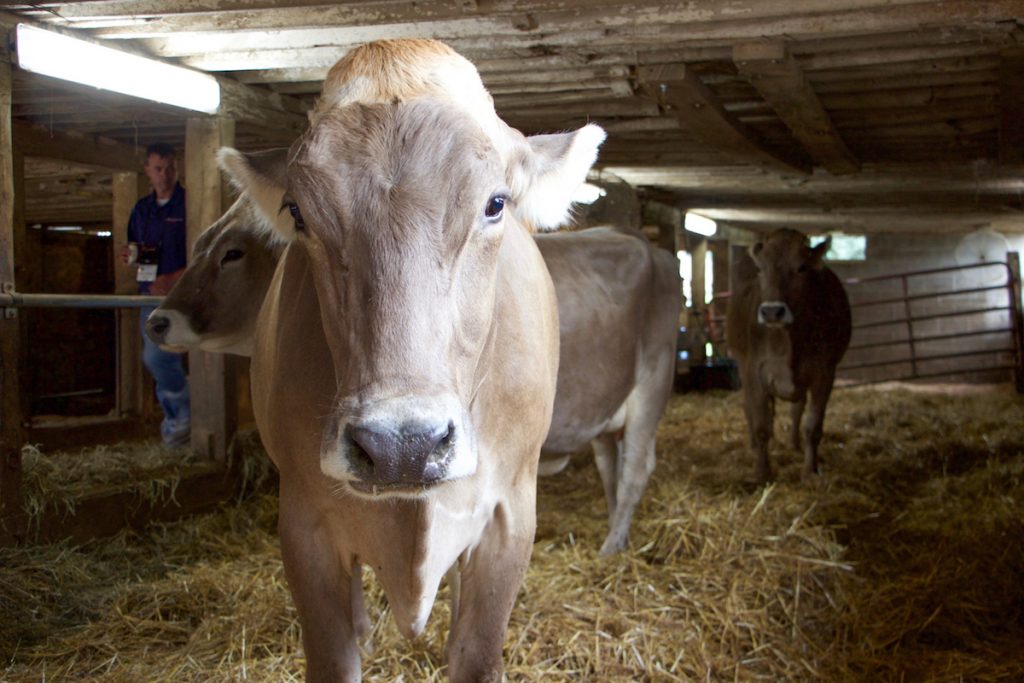 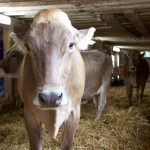 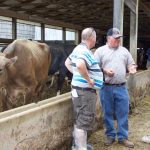 Ron Michalovich, of RNR Swiss, talks with fellow producers at his farm in Lakeville about Brown Swiss genetics and the production quality of his herd.
3 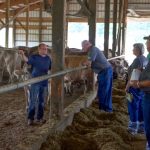 Kevin Michalovich talks with farmers from across the nation about his herd of Brown Swiss cattle during a tour of his family's farm, RNR Swiss, in Lakeville, Ohio. RNR Swiss was a part of the National Brown Swiss Convention tour July 6.
4 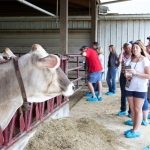 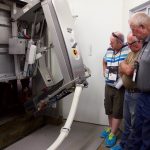 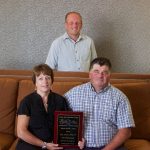 Ron and Renee Michalovich, of RNR Swiss, in Lakeville, Ohio, were honored with the Active Master Breeder award during the National Brown Swiss Convention in Canton, Ohio, July 7. They are pictured with their son Kevin.
7 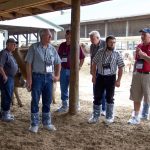 Kevin Michalovich talks with farmers from across the nation about his herd of Brown Swiss cattle during a tour of his family's farm, RNR Swiss, in Lakeville, Ohio. RNR Swiss was a part of the National Brown Swiss Convention tour July 6.
8 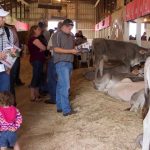 Farmers had an opportunity to preview the heifers going in the Ohio National Hall of Fame at the Stark County Fairgrounds, July 7.
9 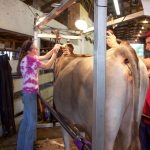 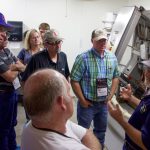 Rod Scheibe of Ro-La-Sue Dairy, in Wooster, Ohio, explains how the robotic milkers work during a tour of the family farm July 6.
11 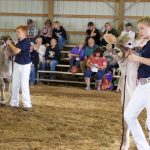 During National Brown Swiss sale preview day at the Stark County Fairgrounds, youth showers had an opportunity to participate in the junior showmanship class, part of the Palmer Hoffman Memorial Heifer Show July 7.
12 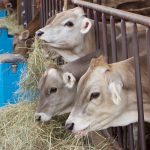 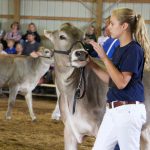 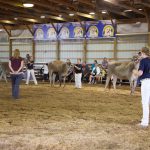 During National Brown Swiss sale preview day at the Stark County Fairgrounds, youth showers had an opportunity to participate in the junior showmanship class, part of the Palmer Hoffman Memorial Heifer Show July 7.
15 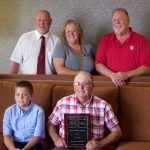 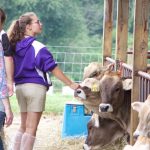 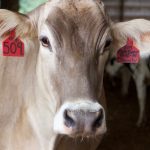 The convention ended with the Ohio National Hall of Fame Sale July 8. A total of 67 lots sold averaging $4,510 per head. Topping the sale was Fairdale-Renegade CP Julip ET, a summer yearling that sold for $17,000 to Elite Dairy, Copake, New York. The breeders and consignors on this heifer were Fairdale Farm and Renegade Swiss, Owenton, Kentucky.