Special ceremonies honoring the enshrinees will begin at 10:30 a.m. in the arts and crafts building near the secretary’s office on the fairgrounds. At that time, framed biographical sketches of each Hall of Famer will be unveiled, and added to the Hall of Fame wall in the fair building. The event is open to the public, with regular fair admission.

The hall of fame enshrined its first class in 2000. 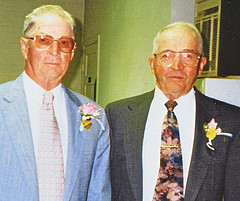 They shared a birth date, and a love of agriculture. Twins Leland and Oland Baker were born, raised, and farmed their lifetime in Elkrun Township. Expanding the farm started by their parents, Perry and Ruth Baker, they farmed approximately 450 acres.

Until the early 1950s, they milked a herd of registered Guernsey cattle. When they sold the cattle, they decided to divide the home farm.

Leland took his farm interest down the livestock path, and developed a flock of 20,000 laying hens. His farm was one of the first in the area to use the cage system to handle the layers.

At the same time, Oland, who had also served in the Army during World War II, expanded the apple orchard, adding pears, cherries, and eventually peaches and nectarines. He was active in the Columbiana-Mahoning Horticultural Society, and served on the board of the Salem Fruit Growers Cooperative in Greenford (now Greenstar Co-op).

Both brothers washed, graded and packaged their products, then delivered the eggs and fruit door to door, with routes in Lisbon, Alliance, Wellsville, East Liverpool and Toronto.

Leland later sold the chickens and raised feeder pigs. He was a member of the Columbiana-Mahoning poultry and hog associations, and also served as an Elkrun Township trustee for 18 years.

The Baker brothers were recognized in 1966 as the Columbiana Soil and Water Conservation District’s Farmers of the Year for their farm stewardship and natural resources conservation. They were also both members of the Columbiana County Farm Bureau, where Leland served on the board. He and his wife, Ruth, were recipients of the Farm Bureau’s Distinguished Service Award.

Both Leland and Oland devoted many hours off the farm to the community. They were active in the Lisbon Ruritan Club and in their respective churches — Leland in the Elkton United Methodist Church and later the First United Methodist Church in Lisbon, and Oland at the St. Jacob’s United Church of Christ. Leland was a longtime volunteer caretaker of the Churchill Church cemetery until his death in 2008. 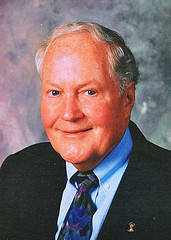 Raised on a farm and firmly rooted in agriculture, Allen Dickey used his vision and leadership to build companies that supported local farmers, and diversified those companies to strengthen Columbiana County, and the region as a whole.

After serving in World War II, he returned home, and expanded the company his father started, D.W. Dickey and Son Inc., to include Hays Oil and Hilltop Energy. D.W. Dickey supplied farmers with feed, fertilizer, seed and chemicals for 42 years, and, in 1986, Allen Dickey had the foresight to expand and develop facilities in East Liverpool on the Ohio River to handle grain and fertilizer by barge, rail and truck.

For many years, the local farmer could purchase just about all his supplies with one stop at D.W. Dickey’s three locations in Lisbon, East Palestine and East Liverpool. And the company not only sold the products, but delivered and applied many products, including lime, fertilizer, liquid fertilizer and crop protection products.

Over the years, parts of the business were sold, but other companies still operate the feed mill and barge facilities today — continuing to serve the farming community with the ideas Allen Dickey developed.

Dickey diversified into the explosives business, with Hilltop Energy, after strip mine operators came to him for ammonium nitrate, since he was a fertilizer dealer for the local farmers. It remains a huge part of D.W. Dickey’s business.

Many community and professional groups sought his business acumen and leadership, and he was a charter board member for the First National Community Bank. He also served on the board of the Ohio Ready Mix Concrete Association, the Columbiana County Board of Mental Health, and Opportunity Homes, as well as numerous civic and service organizations, and the New Lisbon Presbyterian Church. He gave generously to causes, both publicly and behind the scenes, including donations of land to construct both the Greenway Bike Trail and the Lisbon baseball/softball fields. 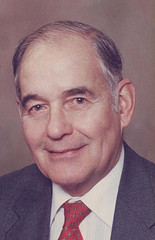 A lifelong resident of Columbiana County, Don Rupert is known not only for his farm’s seed production and Jersey dairy operation, but for his tireless contributions to the agricultural community and the community at large.

Don farmed with his father, Willis, and brothers, Raymond and Ralph, but it was Don who started the family’s work in corn hybrids, with a small test plot in 1936 while still in college. When he graduated from Ohio State in 1937 with a degree in agriculture, the Ruperts became one of the first farms in the state to join the Ohio Certified Seed program, and began producing certified seed wheat, barley and oats, along with hybrid seed corn. Under his leadership, the farm built two seed corn drying houses and, later, a Harvestore storage facility. They marketed seeds throughout Ohio, western Pennsylvania and New York. Don was active in the Ohio Seed Improvement Association, and was granted emeritus status for his involvement.

The family’s dairy was also progressive, with the first milking parlor in Ohio, and, in 1977, the installation of an innovative eight-cow carousel milker, the forerunner of today’s rotary parlors. Don also continued his father’s passion for breeding and production records, and became a master Jersey breeder, selling registered bulls throughout the U.S. and one to India. He was active in both the American Jersey Cattle Club, and Ohio Jersey Breeders Association, which he served as board member and treasurer.

He opened their farm to formal farm tours, including a national field day in 1957.

He was an active member of Gamma Sigma Delta, the honor society for agriculture; the Columbiana County Farm Bureau, which honored him with its Distinguished Service Award; the Ohio Agriculture Services, which he served as treasurer; the Columbiana County OSU Extension advisory committee and the board of the Columbiana Soil and Water Conservation District.
Don had great interest in education, and served as president of the Columbiana County School Board, and led efforts to consolidate the former Fairfield and New Waterford schools. Later, his organizational leadership and monetary gifts helped established the Crestview Alumni Association Scholarship Fund. He was inducted into the Crestview Alumni Hall of Fame in 2010, along with his wife, Grace.

Even in retirement, when he and Grace moved to 10 acres near Columbiana, Don couldn’t sever his connection to agriculture, and he grew fruits, vegetables and Christmas trees, developing the property into a certified Ohio Tree Farm.