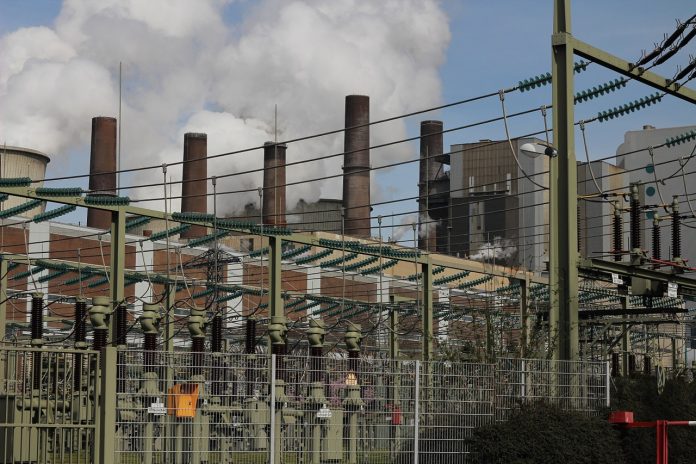 House Bill 637 would create a process for legislative approval before Pennsylvania could join the Regional Greenhouse Gas Initiative, or RGGI, take any other action to control carbon dioxide emissions or create its own cap and trade program.

What is the RGGI

The cap part is the government setting a limit on emissions, with the goal of decreasing the allowed amount of emissions as time goes on. In the RGGI, there is a regional cap on carbon emissions for power plants, in participating states.

Power plants have to buy allowances equal to the amount of carbon dioxide they emit. This is where the trade part comes in, because companies can buy or trade allowances as needed. The idea of a market-based system like this is to create a financial incentive for power plants to reduce emissions.

In his 2021-22 budget, Wolf proposed using a portion of Pennsylvania’s RGGI revenue to create a new Energy Communities Trust Fund that would directly support a just transition for coal workers and coal communities.

Wolf signed an executive order, in October 2019, announcing the intention to join the program, and ordering the Pennsylvania Department of Environmental Protection to draft a regulation to present before the Environmental Quality Board.

Proponents of the move to join the RGGI say it’s necessary to reduce air pollution and could increase the state’s GDP and bring new jobs to the state.

The DEP said participating in the RGGI would reduce carbon emissions by 188 million tons by 2030. It would also bring down other pollutants, like nitrogen oxide and sulfur dioxide. DEP modeling also estimated that joining the RGGI would increase gross state product by nearly $2 billion and lead to a net increase of more than 27,000 jobs.

Washington and Jefferson College’s Center for Energy Policy and Management is hosting a webinar on the RGGI, at 11 a.m. April 14.

The webinar, titled “What is RGGI and Why Should PA Participate?” will feature Allen Landis, executive director of the DEP’s PA Energy Development Authority.

Questions should be directed to Linda Ritzer at lritzer@washjeff.edu.

The Environmental Quality Board approved the draft regulation in September and put it up for public comment. More than 400 people spoke at 10 virtual public hearings held throughout December, in addition to many more submitted comments.

An update on the rulemaking process will be shared at an April 8 meeting of the Air Quality Technical Advisory Committee. A final rule will be presented to the board later in the year.

Michael Kovach, vice president of the Pennsylvania Farmers Union and a Mercer County farmer, spoke in favor of the initiative, saying it’s an important step to mitigating the climate crisis threatening the food supply.

“For family farmers such as myself, who feed our commonwealth in good times and bad, the realities of our changing climate are undeniable and seem worse with each new season,” he said, in one hearing.

Opponents argue joining the program would amount to a burdensome carbon tax that would cost the state jobs and hurt the economy.

Last year, the legislature passed a bill to prevent the state from participating in the RGGI, saying the governor doesn’t have the power to decide on his own whether the state should join.

Wolf vetoed it, and said in his veto message that “allowing this legislation to become law would effectively deny that climate change is an urgent problem that demands prudent solutions.”

Struzzi said in a memorandum about House Bill 637 that joining the RGGI would result in the closure of every coal fired and coal refuse fired power plant in the state, he said.

“A carbon tax is a major energy and fiscal policy initiative, and if such a tax is to be imposed on Pennsylvania industries, we believe it must emanate from the General Assembly,” Struzzi said, in the memo.