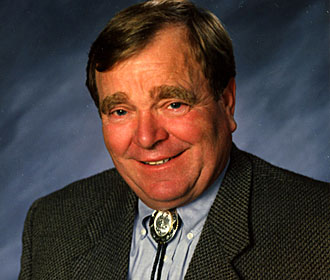 CANTON, Ohio — The Stark County Association of REALTORS® honored Richard T. Kiko Sr. with a Lifetime Achievement Award for his outstanding accomplishments in the real estate industry and community.

He was honored during the association’s annual installation banquet Jan. 14 at The Fresco Room at LaPizzeria.

An auctioneer and broker for Kiko Auctioneers, the company he and his father built, Kiko has been involved in the state and national levels of the auctioneer’s association. He served on both boards and was state president in 1974. Kiko was appointed by Ohio Governors James Rhodes and Richard Celeste as an Ohio Auctioneers Commissioner from 1980-1984.

A member of Little Flower Parish, Kiko has been involved in Canton Rotary and was named a Paul Harris Fellow.

For more than 50 years, Kiko has served as an auctioneer for numerous Stark County charitable organizations, advancing the charities’ community outreach. A licensed pilot, Kiko is a member of the East Central Ohio Pilots Association.