CANTON, Ohio — The Stark County Agricultural Society Board of Directors has elected Jean Slicker as president of the organization.

Slicker is the first woman elected president in the 165-year history of the Stark County Fair Board. 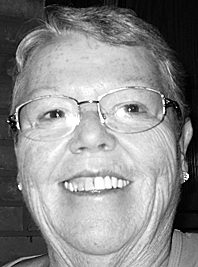 Dale Wells was elected as the newest director by the society’s membership at the annual election held Nov. 7.

Slicker, a life-long resident of Osnaburg Township, has been a member of the Stark County Fair Board for eight years, serving as superintendent of beef, poultry, exhibition hall and on several committees. She has been involved with agriculture all of her life and today still raises Registered Angus Cattle and the hay to feed them.

As a family, she has shown cattle at many county fairs and state shows for more than 10 years. The Extension service has been a part of her life since 8 when she joined the 4-H program, including 10 years as a member of 4-H and 19 years as an adviser and committee member.

She also served as president of the 4-H Advisory Council and 4-H summer assistant in the Extension office. Slicker was recently honored as one of the 100 Faces of Ohio Women in Agriculture by The Ohio State University Extension Service.

She is active in her church and church choir.

Dave Swartz represents Plain Township on the fair board, Jesse Huddleston is a director at large and Dale Wells represents Sugar Creek Township.