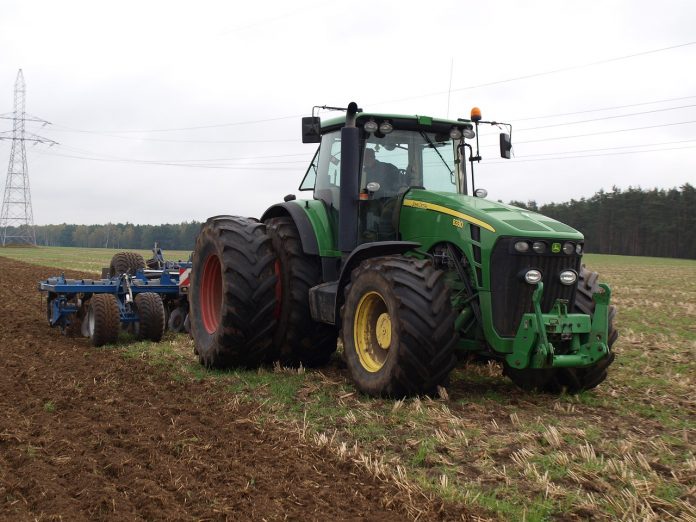 Farmers who want more leeway to repair their own equipment may get more support from federal agencies soon. The Federal Trade Commission voted unanimously July 21 to ramp up enforcement against illegal restrictions that prevent people from repairing their own equipment and other products.

As farm equipment becomes more technologically advanced, mechanics often need software tools to fix equipment when things go wrong. Farmers and independent ag mechanics, however, say they don’t always have access to those tools. That means farmers may be forced to take their equipment back to a dealer for repairs.

Equipment manufacturers argue that farmers already have what they need to repair their equipment in most cases, and that offering unlimited access to software opens up concerns about farmers illegally tampering with software or making modifications that are environmentally unfriendly or unsafe.

Farm groups say they don’t want to get around safeguards or hack software — they just want to be able to make the same repairs that dealers make.

The trade commission’s vote follows an executive order from President Joe Biden earlier in July on promoting competition. The order included a section encouraging the commission to take action against unfair restrictions on self-repair and third party repair, including restrictions that keep farmers from repairing their own equipment.

Groups including the American Farm Bureau Federation and the National Farmers Union applauded the order.

“Business purchases — from robotic milkers to high-tech combines — require a substantial investment, and when those tools break down, farmers need to get back up and running quickly,” said American Farm Bureau Federation president Zippy Duvall, in a July 9 statement. “Limiting who can work on a piece of machinery drives up costs and increases down-time.”

“Farmers can already perform most repairs on their equipment,” See wrote. She said in some cases that require access to “proprietary source code,” farmers may need a certified service technician to make the repairs. She also reiterated the organization’s position against “illegal tampering,” such as making modifications that are unsafe or harmful to the environment.

A May report to Congress from the trade commission said that manufacturers in many industries often justify repair restrictions, like making parts difficult to replace or limiting availability for parts and tools to fix equipment, by saying they are protecting intellectual property or they have concerns about safety and security.

It also said, however, that while a full look into intellectual property and right to repair is beyond the scope of the report, those concerns don’t automatically validate repair restrictions.

“There is scant evidence to support manufacturers’ justifications for repair restrictions,” the report reads.

Aaron Shier, senior government relations representative for the National Farmers Union, said while companies claim to be making some diagnostic tools and parts more available, there are still software keys and other things that farmers don’t have access to.

Shier said farmers aren’t looking for the ability to hack software or get around safeguards. They just want to be able to make the same repairs that dealers can make.

“The end goal is … that both farmers and independent mechanics would have fair and affordable access to be able to make all of the repairs that they need to on their equipment in a timely manner,” Shier said.

Members of the commission indicated in the July 21 meeting that they may also work on more regulations around repair restrictions. Representatives of the ag manufacturing and dealing industries who addressed the commission at the end of the meeting reiterated the stance that farmers already have the ability to repair their equipment, and asked the commission to exclude the ag industry from future actions or regulations.

It’s hard to say yet how much impact the commission’s vote will have on the ag world, Shier said. Regardless, the trade commission ruling and the executive order are signs that the administration is prioritizing the issue.

“I think it’s an incredibly helpful step in the right direction and an important signal to the industry that the FTC plans to take all the steps that they can, with the authorities they have to address … these concerns,” Shier said.