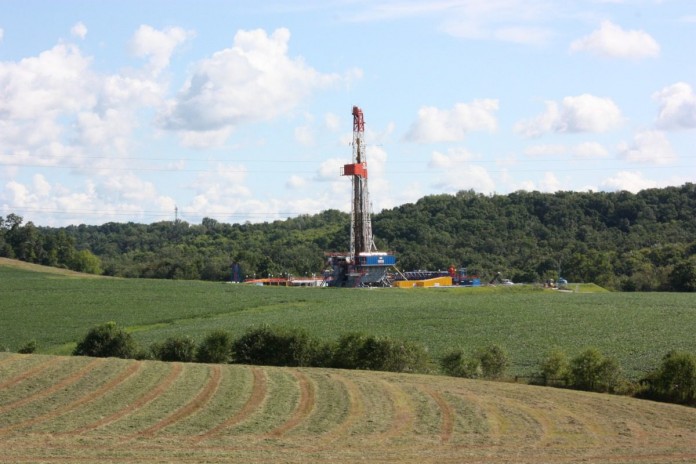 SALEM, Ohio — August was a slow month for permits issued by the Ohio Department of Natural Resources — only 17 permits were issued in four counties: Belmont, Jefferson, Monroe and Noble.

Monroe led the state with six permits issued — all issued in Salem Township to Eclipse Resources.
In Monroe County, there are currently 63 producing wells and 110 wells in some sort of drilling phase. They are either being drilled or have been drilled and are awaiting higher prices in the market place or pipelines to move the natural gas from the well.

The ODNR issued five new permits in Belmont County during August. Four of the five permits were issued to Rice Drilling. Three permits were issued in Goshen Township and a single permit was issued in Smith Township.
A single well permit was also issued in Pultney Township to XTO Energy.
In the second quarter production report from the ODNR, four of the top 10 producing gas wells were located in Smith Township and are considered by some to be “monster wells” because of the production numbers being reported.
There are now 105 producing wells in Belmont County and 93 wells drilled and awaiting infrastructure to get the gas product to the market.

The ODNR reported there are 87 wells producing in Noble County and 40 wells in some sort of drilling phase. 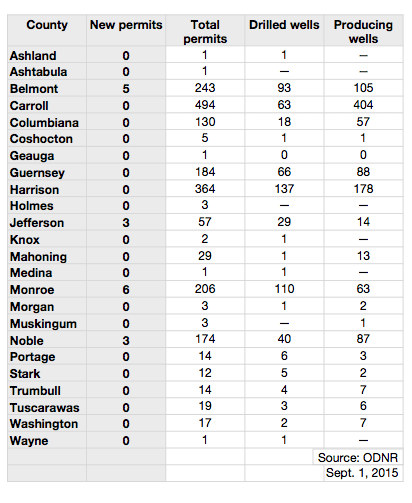 As of Aug. 31, the ODNR has issued 1,996 permits for horizontal drilling in the Utica shale in Ohio since the state started issuing permits, and 1,586 of those permits have resulted in wells being drilled.
The ODNR is reporting there are 21 drilling rigs in the Utica shale as of Aug. 29.

The DEP issued 20 new permits for drilling in Greene County. In 2015, the DEP has issued a total of 221 permits. There were seven new wells drilled there during August.

The DEP issued six new permits in Lawrence County during August, and 25 new permits have been issued for wells there since the beginning of the year. There were no wells drilled in August.

A single permit was issued by the DEP to the EQT Production Company for drilling in August in Monongalia County.

In Wetzel County, the DEP issued two new permits to the EQT Production Company for drilling at one site.