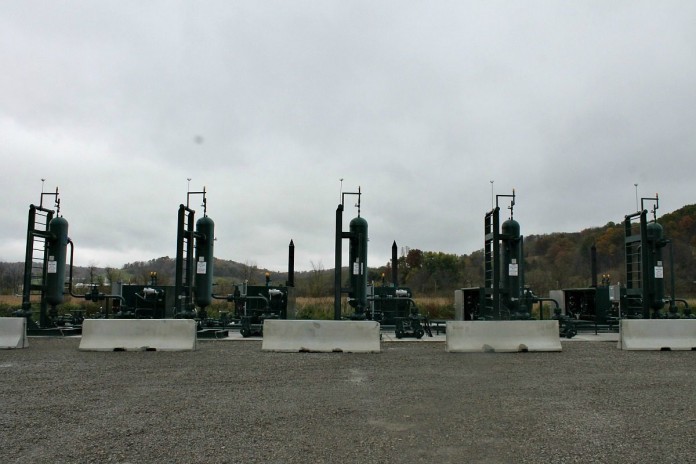 They are asking the lawsuit to be certified as a class action lawsuit since the Zehentbauer family oil and gas lease is a representative of a group lease signed by hundreds of Ohioans.

According to the lawsuit filed by the Zehentbauer family, the lease is one that was negotiated with various landowner groups for either Ohio Buckeye Energy or Chesapeake Explorer.

A second lawsuit, Hope Christian Fellowship, of Wellsville, et. al against Chesapeake Exploration was filed Nov. 4 in U.S. District Court for the Northern District of Ohio, Eastern Division, in Youngstown.

The list of plaintiffs in the Hope Christian Fellowship lawsuit against Chesapeake Exploration was lengthy, so here is a list of who has joined the complaint and are seeking class action status.

The lawsuit claims there are 2,000 people and organizations that could be part of the lawsuit, and plaintiffs are also asking the case to be certified as class action.
According to the court documents, most of the leases called for royalties equal to one-eighth of the proceeds from the sale of gas and oil from the well pads.

Both lawsuits are disputing the royalties being paid to landowners. They claim in the court documents that Chesapeake is selling the oil and gas being produced at prices much lower than the market sales price, instead of the final price being paid by the third-party buyer.

According to court documents, the lawsuit alleges that, beginning in 2011, Chesapeake breached leases by selling gas and oil at prices below the market value and charging incorrect deductions on royalty checks.

The deductions taken from the royalty checks were related to charges incurred through gas gathering, processing, dehydrating, compression, marketing and other costs.

According to court records in the second lawsuit, the plaintiffs (Hope Christian Fellowship) contend that Chesapeake Exploration falsely reported natural gas liquids were being sold at a loss. This meant that Chesapeake canceled out the royalties that should be paid.

In the Hope Christian Fellowship lawsuit, the plaintiffs go one step further. The landowners are asking that the court determine that Chesapeake is engaging in patterns of corrupt activity. They want the judge to find that Chesapeake is in violation of the Ohio Corrupt Practices Act. This would mean that Chesapeake Exploration has been involved with racketeering activity and theft by deception.

Both lawsuits are asking that the court stop Chesapeake from continuing to commit what they consider fraudulent activities, and seek damages.

This is not the first time Chesapeake Exploration has faced allegations like these. Chesapeake has been involved with numerous court battles involving royalties and unjustified deductions in Pennsylvania for the past few years and even faced a criminal investigation.

An investigation and subsequent story by the journalism non-profit agency ProPublica, which was printed in the Farm and Dairy, detailed how Chesapeake sold its subsidiary Chesapeake Midstream Partners, which would eventually become Access Midstream and in the process generated $4.76 billion.

According to the ProPublica investigation, Chesapeake sold its network of gathering lines in Pennsylvania, Ohio, Louisiana and Texas to Access. Chesapeake then entered into an agreement that would transport Chesapeake’s gas. In the agreement, Chesapeake agreed to pay Access enough in fees to repay the $4.76 million plus a 15 percent return on the investment. The result was an increase in Chesapeake’s cost of gas gathering, which resulted in deductions on Chesapeake’s royalty owners’ checks.

Chesapeake did not respond to Farm and Dairy’s requests for comments.