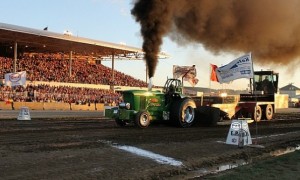 It’s a good experience every year, getting to visit fairs in counties outside of my own.

So far, I’ve reported on fairs in Carroll, Portage, Stark, Summit, Tuscarawas, Medina and Lorain counties, as well as the Ohio State Fair in Columbus.

Our news staff as a whole covers many, many more fairs. Each one has its own specialty and excels in different areas.

But I’ve got to admit, my favorite is still my home fair, the Wayne County Fair. It’s going on right now, through Sept. 13, and it costs just $3 to get in.

And, there’s a wealth of agriculture and commercial exhibits to see, as well as all the entertainment, and the time spent catching up with family and friends.

I was at the Wayne County Fair Saturday and I’m sure I’ll be there again later this week. We have a freelancer on the grounds for the auction — Susan Mykrantz — and she’ll be working the camera during the sale.

I hesitate to say that the Wayne County Fair is the best, because for one thing I haven’t been to all of them to know! And when you call a fair “the best” I think you have to pay attention to what you’re comparing, whether it’s attendance, entertainment, the food, the number of exhibitors or whatever.

We have several fairs in our circulation that lead the state in things like overall attendance, junior fair livestock auction total, and number of commercial exhibits. And those things are commendable.

But I know this — if you like a fair that is heavily agricultural, packed with nationally acclaimed entertainers and an entrance fee that won’t hurt your pocketbook — Wayne County won’t disappoint.

I look forward to being there later this week, catching up with people I’ve known all my life, and some that I exhibited with when I was in 4-H. It’s a good fair, and it’s the one I get to take a little extra pride in, because it’s my own.

W.Va. farmers market a way for local farmers to grow together