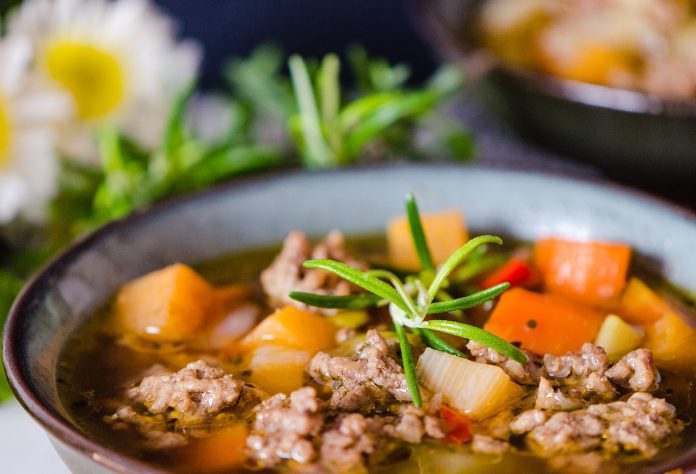 Q. One of my resolutions this year is to eat healthier but save time and money on food. Got any ideas?

A. One easy, budget-friendly way to save money, time, and energy on food at home is to prepare a hearty meal using a slow cooker. Not only are slow cookers convenient, but they can also help families save money by making less expensive, tougher cuts of meat — such as shoulder, round, and chuck steak — more tender and shrink less.

As mentioned in a previous Chow Line, when using a slow cooker, there are some precautions you should take to ensure that the meals you cook are both safe and nutritious to eat.

For example, two of the more popular food items to prepare using a slow cooker are meats and poultry, which need to be time- and temperature-controlled for safety. According to the USDA’s Food Safety and Inspection Service, it’s important to avoid cooking frozen meats and poultry in a slow cooker. Always thaw them first.

This is because frozen beef and poultry won’t reach 140 degrees Fahrenheit quickly enough, which could cause a foodborne illness.

Slow cookers work by cooking foods at lower temperatures — typically between 170 to 280 degrees — for several hours. This could be a concern for some foods because the bacteria that cause food poisoning multiply quickest in the “danger zone” between 40 and 140 degrees, according to Foodsafety.gov. Use a food thermometer to accurately determine if your food has reached the proper internal temperature to kill harmful bacteria.

Here are some other tips from the USDA: