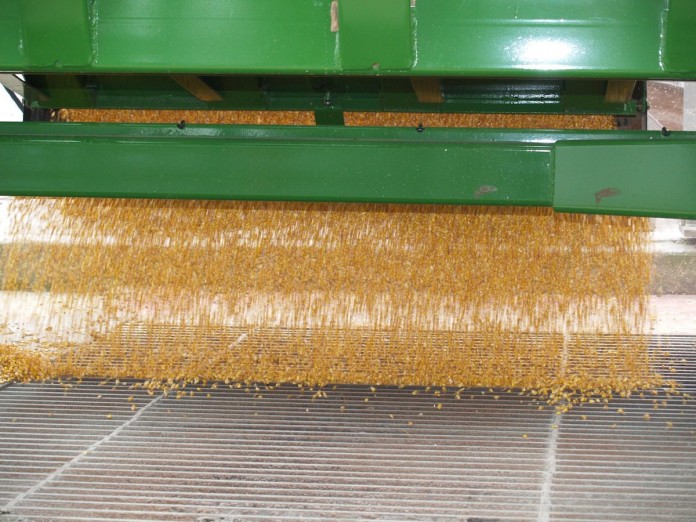 Corn and soybeans futures prices have dropped to their lowest levels since 2010 — corn below $4 per bushel and soybeans under $11. That is partly because of higher yields expected for many farms this fall.

Although high yields result in more bushels for famers to sell, the abundant supply leads to much lower prices, eroding profits.

“Midwest crop producers have been shocked by the sharp drop in corn and soybean prices as favorable weather has increased yield prospects this summer,” Michael Langemeier and Chris Hurt said in a review of crop insurance and a new government program.

“Such large decreases in prices are raising anxieties among producers and their lenders regarding weak margins and the potential for tight cash flows,” they continued.

Langemeier and Hurt said producers should evaluate how two safety-net programs might help protect them: crop insurance and the Agricultural Risk Coverage-County Option.

Crop insurance revenue policies — those that consider both yield and price — are most popular. The economists said that even with above-normal yields, prices could drop low enough to trigger insurance payouts on some high-coverage policies.

As an example, a farm with an 85 percent policy and yields this year 10 percent above its base actual production history of 170 bushels per acre might trigger an insurance payment if December corn futures in October average below $3.57 a bushel, a level the market is approaching.

The same farm with an 80 percent policy, however, would not trigger an insurance payout until the December corn futures average in October drops below $3.36 a bushel.

Langemeier and Hurt said that is a less likely situation but still one that provides some protection against catastrophic low prices.

Soybean insurance payouts because of low prices seem much less likely for all coverage levels.

The Agricultural Risk Coverage-County Option is a new government program, also referred to as ARC-CO. It currently has a higher probability of adding support to corn and soybean farmers, the economists said.

They explained that under the current projections of above-normal yields, the program would begin making payments when the marketing year average of corn drops below about $4 per bushel. The payments would increase as prices drop to about $3.50 a bushel.

For soybeans with above-normal yields, ARC-CO payments might begin with a marketing year average price below about $10.60, with maximum payments occurring at a price of about $9.40.

As an example, a $10 per-bushel marketing year average price would result in payments of about $20 to $30 per acre of soybean base.

If prices fell to about $9.40, the payments would range from about $40 to $60 per acre. Langemeier and Hurt noted that the U.S. Department of Agriculture’s Farm Service Agency is still working out details of the program and that payments will vary from county to county.

“The important point for producers is that the new government program now appears to have a high potential of providing some protection against low revenues for corn and maybe some assistance with low soybean revenues,” they said. “However, 2014 corn and soybean government payments will not be available until the fall of 2015 and thus will not be available to meet more immediate cash-flow needs.

“Crop insurance currently appears less likely to be of assistance for producers with strong yields, although those with high corn coverage levels have some chance of triggering crop insurance payouts,” they continued.