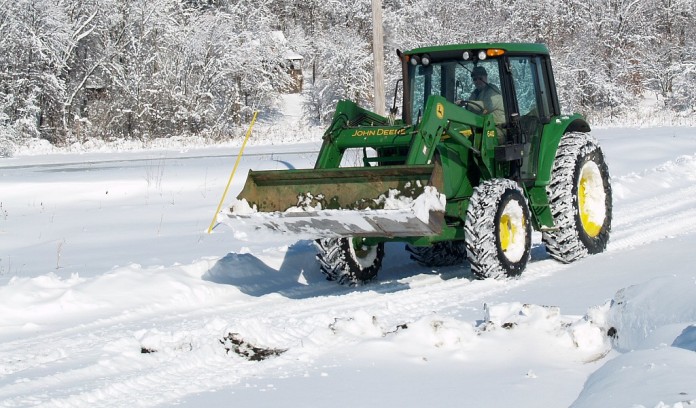 STATE COLLEGE, Pa. — Longer, harsher winters may be in store for the portions of North America as the polar vortex continues to weaken and shifts, according to a new study.

The polar vortex is a large pocket of frigid air that hovers above the polar regions, and is most prominent in the winter months. According to AccuWeather, researchers at China’s Lanzhou University penned the study, which was published in Nature Climate Change earlier this fall.

Lanzhou researchers found that a loss of sea ice in the Arctic regions due to rising temperatures in the Barents-Kara seas, along with an increase in snow cover over Europe and Asia, has caused the polar vortex to weaken. The pocket of cold air has in turn shifted toward Eurasia. This movement could lead to colder and possibly extended winter seasons for portions of North America and Eurasia, according to the study.

“With warming and ridging in the Kara Sea, this typically allows for less ice cover but also is a conducive atmospheric pattern for lower temperatures in the North American mid-latitudes,” said AccuWeather Meteorologist Edward Vallee.

The polar vortex in winter can extend well into the atmosphere and at times be more than 100,000 feet deep, added AccuWeather Senior Meteorologist Bob Smerbeck.

A weaker polar vortex allows the stratosphere, or a distant part of the Earth’s atmosphere, to warm, while a stronger one prevents that process, according to Vallee.

“The stratospheric vortex typically governs the tropospheric vortex [in the lower part of the Earth’s atmosphere] during the winter months and is based on polar heating and cooling,” Vallee said. “As the stratosphere warms in winter, it can reverse the wind direction below it.”

This could block high pressure systems from taking shape in the high latitudes of the Earth, which would increase opportunities for cold in the mid-latitudes.

According to Smerbeck, the southern shift could bring the other end of the polar vortex toward eastern North America, yielding colder winters for the region.

“There are other factors that determine where the vortex sets up,” Smerbeck said.

“The warm blob over the north Pacific in winter 2013-2014 and the unusually warm waters along the west coast of North America [for the] 2014-2015 winter contributed to a southward dip in the vortex across eastern North America and cold winters in the central and eastern U.S.”

Smerbeck said there is a lot of research still being conducted, and that while some researchers may not find the latest study overly convincing, a mechanical connection between the lack of sea ice and the vortex shift as opposed to just a statistical connection should allow for more accurate modeling.

A stronger polar vortex will hold the cold air northward. When it weakens and shifts away from the pole either by squeezing, splitting or displacement, it will drag cold air with it, Smerbeck added.

“Reduced sea ice over the Barents-Kara seas in the fall leads to a storm track that can increase snow cover over Eurasia and Siberia,” he said.

“It has been shown that increases in Eurasian and Siberian snow cover in the fall can launch upper-level warming events that reach into the stratosphere and weaken the stratospheric polar vortex,” he said, stating that this Arctic warming can weaken and alter the placement of the polar vortex.