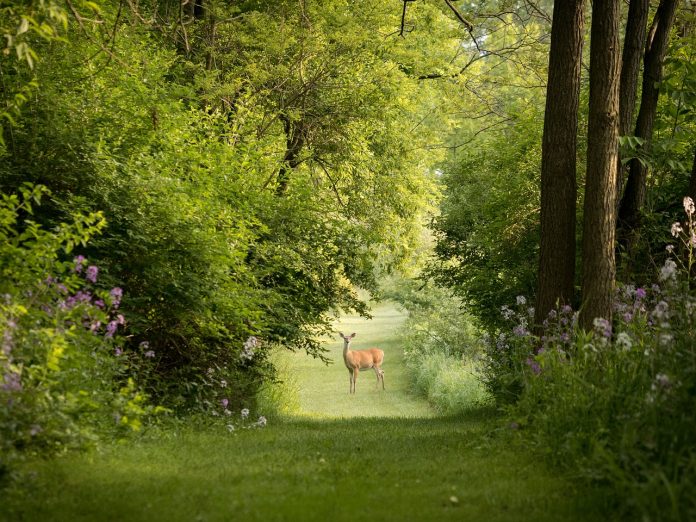 EHD is one of the most common ailments affecting deer, and the disease occurs in the late summer and fall in deer herds across North America. Outbreaks are often associated with drought. Ohio saw a rise in cases beginning in mid-August this year.

The virus is not infectious to people or pets and is not spread from animal to animal. It is transmitted by the bite of small insects called midges, so EHD-associated deaths in deer can occur until the first frost of the year causes a decline in midge activity.

Once infected, deer show symptoms within five to 10 days, and many deer die within 36 hours of the onset of symptoms. Deer in the midwest are at a higher risk because they lack herd immunity, among other factors.

There is little that can be done to protect wild deer from the virus. Outbreaks can result in high deer mortality in some areas but populations typically increase within a few years. White-tailed deer, along with mule deer, elk, bighorn sheep, and pronghorn antelope, as well as domestic cattle and sheep, are susceptible.

According to the Ohio Department of Agriculture, EHD does not pose a serious threat to livestock and infections are likely to be mild.

Deer infected with this virus may show symptoms including lethargy, head hung down, loss of fear of humans, swelling of the tongue and head and neck, difficulty breathing and excess salivation. Affected deer are often found in or near bodies of water, likely because of fever and dehydration.

Sightings of sick or dead deer should be reported at wildohio.gov or to a local Ohio wildlife officer so the Division of Wildlife can track incidences and perform tests. For more information, visit wildohio.gov.