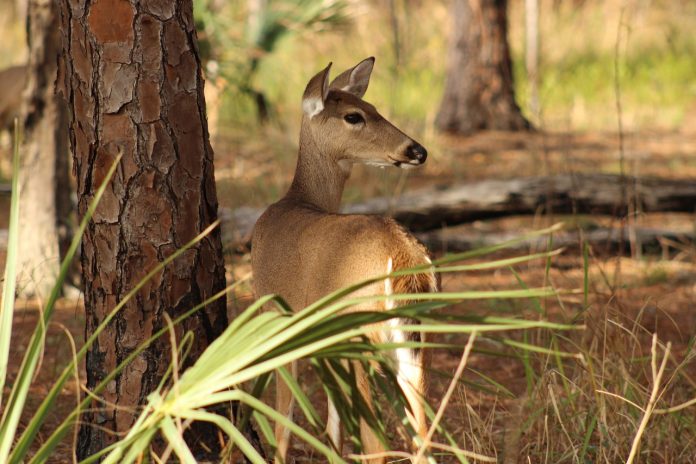 HARRISBURG, Pa. — Epizootic hemorrhagic disease has affected deer in the area in and around State Game Lands 214.

The Pennsylvania Game Commission has received many reports from its food and cover crews, State game wardens and the public that multiple deer have been found dead. This mortality event is only occurring in a localized area in and around State Game Lands 214.

Epizootic hemorrhagic disease is transmitted by a biting midge that frequently will become an issue around bodies of water that have receded due to extended periods of drought. A recent mortality event in the same area was last observed back in 2012.

Deer become symptomatic of Epizootic hemorrhagic disease within two to seven days of exposure and normally succumb to the disease within 36 hours of becoming symptomatic. The disease causes fever and hemorrhage of many of the internal organs of an affected deer, which causes the deer to seek water. In an event such as this, many deer will be found near streams or bodies of water.

Unfortunately, there is no treatment or known prevention for epizootic hemorrhagic disease that has practical applications for wild deer populations. Hunters may notice that in affected areas, deer populations will be noticeably reduced. However, the game commission wants to inform the public that many deer have succumbed to the disease in a small area, but the disease does not have far reaching affects for the overall deer population.

The effects of epizootic hemorrhagic disease and will end immediately after a first hard frost.

Additional resources about epizootic hemorrhagic disease and many other wildlife diseases may be found by visiting the game commission’s public website at pgc.pa.gov/Wildlife/WildlifeRelatedDiseases/Pages/EpizooticHemorrhagicDisease.aspx