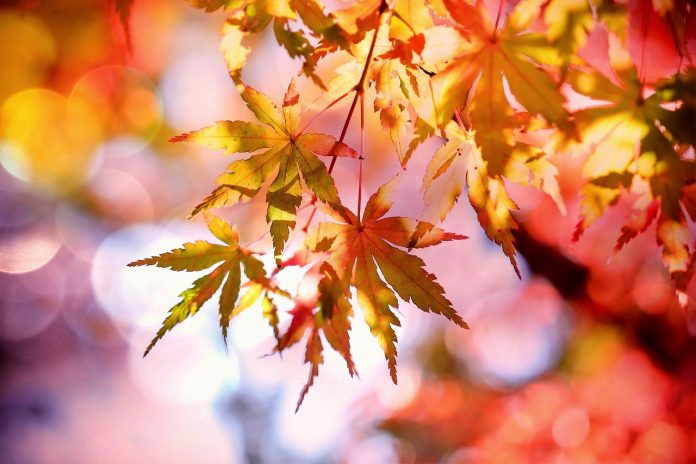 UNIVERSITY PARK, Pa. — The rainy summer in Pennsylvania has set the stage for what could be an awesome autumn foliage display, according to forest ecologists in Penn State’s College of Agricultural Sciences.

“The cool, moist summer should usher in great fall colors,” said Marc Abrams, professor of forest ecology and physiology. “The robust physiology of the trees this year should predispose them to producing good color.”

Leaves didn’t begin to change color early this summer as in recent years, noted Kim Steiner, professor of forest biology, who is director of The Arboretum at Penn State. That’s a good omen, he said.

“One very positive sign this year is that I have noticed almost none of the early fall color that we often have after a dry August, especially on walnut and some red maples.”

However, the picture is not entirely rosy, Steiner pointed out, because this year we are beginning to see the full impact in central Pennsylvania of the emerald ash borer on the native white ash. The invasive beetle has killed most of those trees.

“This species was never a dominant component of our forests,” Steiner said. “But ash’s yellow to purple fall color was a wonderful accent in the landscape, and now it will be largely gone.”

But despite optimal summer conditions for the trees, a spectacular fall foliage display is not assured, Abrams cautioned.

“What we need now is for cool to cold temperatures to arrive by early to mid-October to bring out the best colors,” he said. “Unless things go haywire with the weather — with unusually warm and wet conditions — it should be a fine year.”

For three decades, Abrams has studied how seasonal precipitation and temperature influence timing and intensity of fall colors in central Pennsylvania. “We believe that clear, bright days, low but not freezing temperatures, and dry but not drought conditions promote the best fall colors,” he said.

Cooler temperatures signal deciduous trees to stop producing chlorophyll, the green pigment responsible for photosynthesis, he explained. The chlorophyll breaks down and disappears, unmasking other leaf pigments. These other pigments — called xanthophylls and carotenes — are what create the yellows and oranges seen in the leaves of yellow poplar, hickory, sycamore, honey locust, birch, beech and certain maples.

After chlorophyll production stops, trees also produce another pigment in their leaves called anthocyanin, according to Abrams. The anthocyanins create the brilliant reds and purples seen in maple, sassafras, sumac, blackgum and scarlet oak.

“One thing that I have been impressed with in my 30 years of gauging foliage is the resiliency of the display,” he said. “Year after year, despite the conditions, there are places where the trees show good color, but perhaps not great color every year. However, this year, the trees should be in great shape to show off their best colors.”

You can view a fall foliage prediction map here.