NEW WILMINGTON, Pa. — Crystalaire Farm is backed by history and full of promise for the future.

In fact, the original sheepskin document showing the sale of the farm is framed inside the home of Gary Fulkman. The farm has been in his family for nine generations and is not going anywhere anytime soon.

Crystalaire Farm, located in Pulaski Township in Lawrence County, just outside of Pennsylvania State Route 376, has been recognized as a bicentennial farm in Pennsylvania.

The Fulkman farm, or Crystalaire Farm, dates back to 1812 and is now in its ninth generation.

The farm was bought on a land grant warrant dated Dec. 6, 1803. However, it wasn’t surveyed until May 1, 1804, and patented to the original Fulkman family June 22 of that year.

Fulkman said he is proud that he and his children get to continue the farming tradition, adding it has been, and continues to be, his family’s goal to preserve the farm. He said the farm was the first farm in Lawrence County to enter into the state’s farmland preservation program. 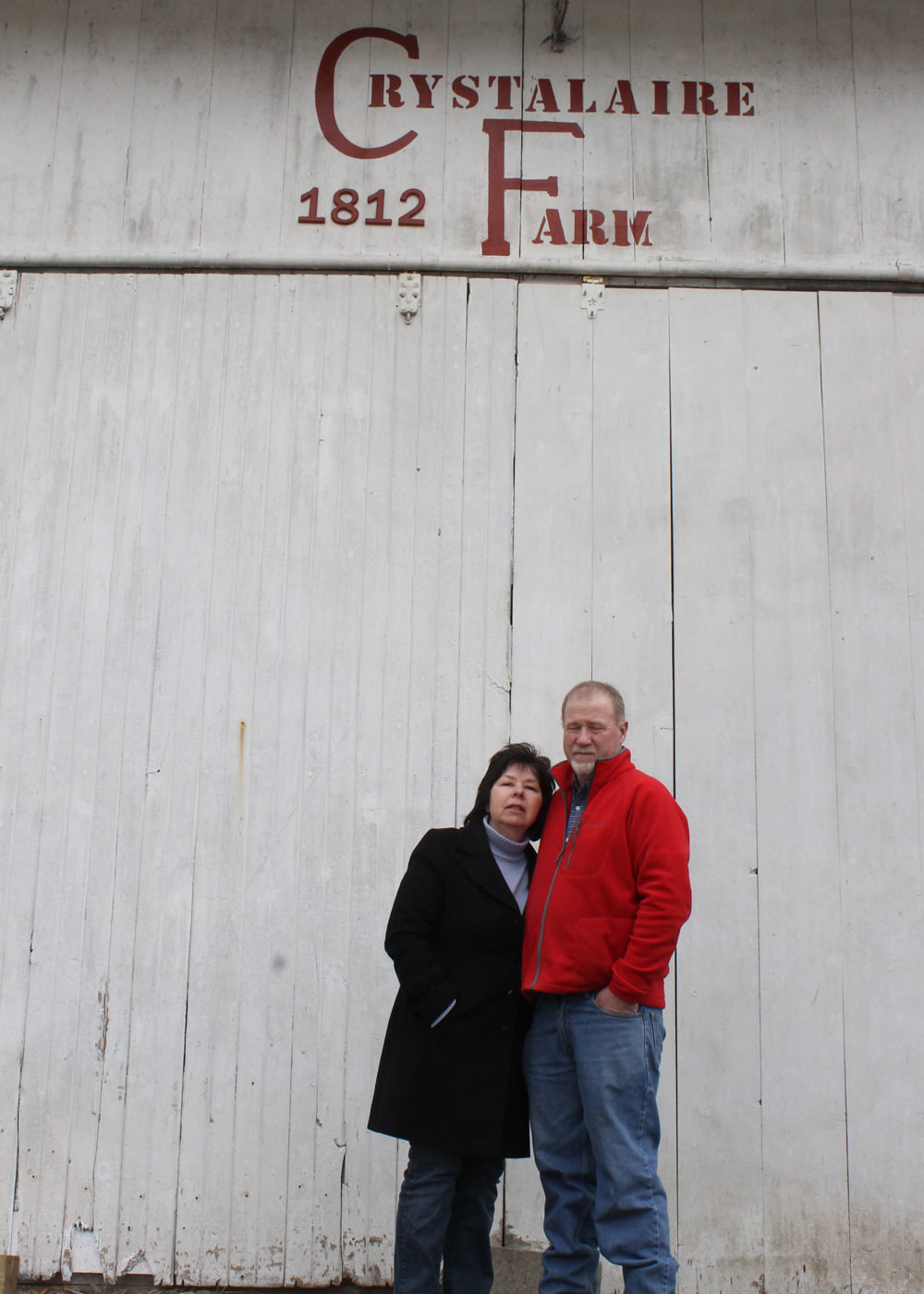 Today, the farm includes 108 acres and uses rotational grazing for its beef cattle. Before he raised beef cattle, Fulkman raised replacement Jersey heifers for 20 years for a dairy farm.

The Fulkman family includes Glenda, Gary’s wife, and his two married sons, Christian and Collin. Christian and his wife, Julie, have a four-month-old daughter, Aubrey — the ninth generation to grow up on the farm.

Collin lives in nearby New Wilmington with his wife, Molly, while he finishes his doctorate program.

Both sons have an avid interest in the farm. Christian, an environmental engineer, lives in the 1880 farmhouse, which he has remodeled extensively. The bank barn was built in 1894 and it was constructed by John N. Fulkman.

Collin comes back on the weekends to help with fencing and working to restore the wetlands on the property. The family has been working to create one and half acres of a wooded wetland on a patch of the farm across from the barn on Old Pulaski Road.

Meanwhile, Fulkman keeps busy in the agriculture industry working for Dairy Farmers of America for 31 years. He covers a lot of the eastern area. Included an area stretching from Lake Erie to Kentucky and from State College, Pa., west to Columbus, Ohio.

Fulkman’s wife, Glenda works at Penn State Extension in Mercer County. In fact, that’s where the two met in 1977, while he worked for the extension office for a year.

Fulkman said he has never wanted to live anywhere but on the farm. He enjoyed working on it as a youth and knew that’s what he wanted to do. He’s thankful for what the farm has given his family and couldn’t imagine a life without it, and said his family will hold on to the farm.

It binds it together.