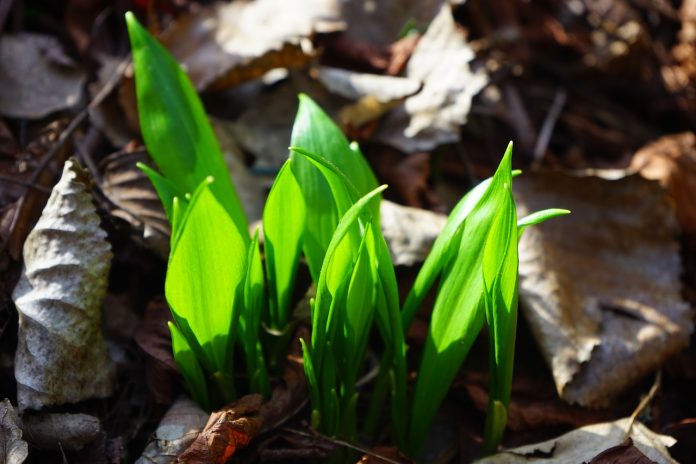 Eaten for thousands of years by Native Americans, ramps are valued for their strong garlic-like aroma and delicious onion-like flavor. More recently, they have become popular among foodies and restaurant chefs, leading to an increased demand by urban consumers and a higher price point for the spring plant.

A new study by a team of Penn State researchers shows that waiting a month longer before harvest, which typically occurs between March 1 and May 30, would go a long way toward conserving communities of the wild onions and would increase the plants’ yield overall.

Found primarily in the forests of Appalachia, ramps’ newfound popularity raises concerns around supply, noted Eric Burkhart, associate teaching professor in ecosystem science and management. The leaves, stems, bulbs and flowers of the plant are all edible, and ramps can be used and cooked the same as field-grown, domestic onions.

“With even modest harvests from ramp patches, it can take years and years for those plant populations to rebound,” he said. “With the increased interest and demand for ramps, we want to learn and promote how to best steward wild populations of ramps and see how we can protect this cultural keystone resource for future generations.”

Burkhart’s research group in the College of Agricultural Sciences has been studying populations of eastern forest plants such as ginseng, golden seal and ramps for more than a decade, assessing harvest levels, foraging practices, and investigating both the prospects and best practices for forest farming, an agroforestry practice that many Pennsylvania forest landowners increasingly are interested in.

The results of this ramps study are straightforward, according to team member Sarah Nilson, assistant professor of biology at Penn State Beaver, who spearheaded the research. Ramp harvesting is mainly about digging, which is labor intensive, she explained.

“If foragers would just wait a little longer, they can actually collect the same weight of ramps with less effort because the plants are larger,” Nilson said. “We will be trying to promote this little saying: Fewer ramps per pound is more ramps in the ground.”

“Based on the study’s results, two ways to promote ramp conservation are to delay ramp harvests until about 30 days after emergence in the spring to ensure that the maximum bulb size has been reached, and to select three-leafed plants, which are generally larger in size,” the researchers suggested. “By targeting mid-late season plants, foragers are putting less of a dent in the population, especially if they are selling commercially.”

According to Burkhart and Nilson, these results suggest that consumers are an integral factor in conservation. In this regard, educational materials and events are currently being developed for the spring 2023 harvest season to help share information about these and other relevant findings the team has made regarding best practices for ramp foragers, Burkhart said.