HIRAM, Ohio — The workers at Hiram Farm don’t exactly get up when the rooster crows. Actually, some of them might, but it’s still another couple hours until they put on their farm clothes and head to the fields.

Hiram Farm — a place for adults on the autism spectrum — moves a little slower than most farms, and that’s all right.

“The focus is on operating a good farm,” said David Lundeen, executive director, “but the real focus is on helping the farmers learn how to do meaningful work in a supportive environment.”

About 32 individuals work at Hiram Farm, in shifts that begin at 8 a.m. and 10 a.m. The day starts in the farm house, where trained staff help the farmers put on their boots, outdoor clothes and prepare for the day’s work.

Depending on the season, the farmers could be headed to the barn to care for livestock, to the garden, or they might stay indoors and work on crafts and woodworking.

A lot also depends on the farmer’s ability. Autism is a spectrum disorder, a developmental disorder that affects people differently, with a wide range of abilities and disabilities.

Some autistic people can communicate verbally and others cannot. Some can work long days, and others need multiple breaks to re-focus.

Some of the farmers can work independently and carry on a normal conversation, and other farmers need a staff member to follow them around, and to interpret vocalizations and body language.

“We don’t necessarily hear words, but we hear volume and we hear pitch,” said Missy Bookbinder, associate director. “The more you learn the individual, it’s like learning someone’s language and you’re able to understand the language without having words be necessary.”

The farmers care for a 17-acre tract of farmland, which includes two barns, a pavilion, a livestock pasture, a large garden and market stand.

The Hiram Farm House and office. 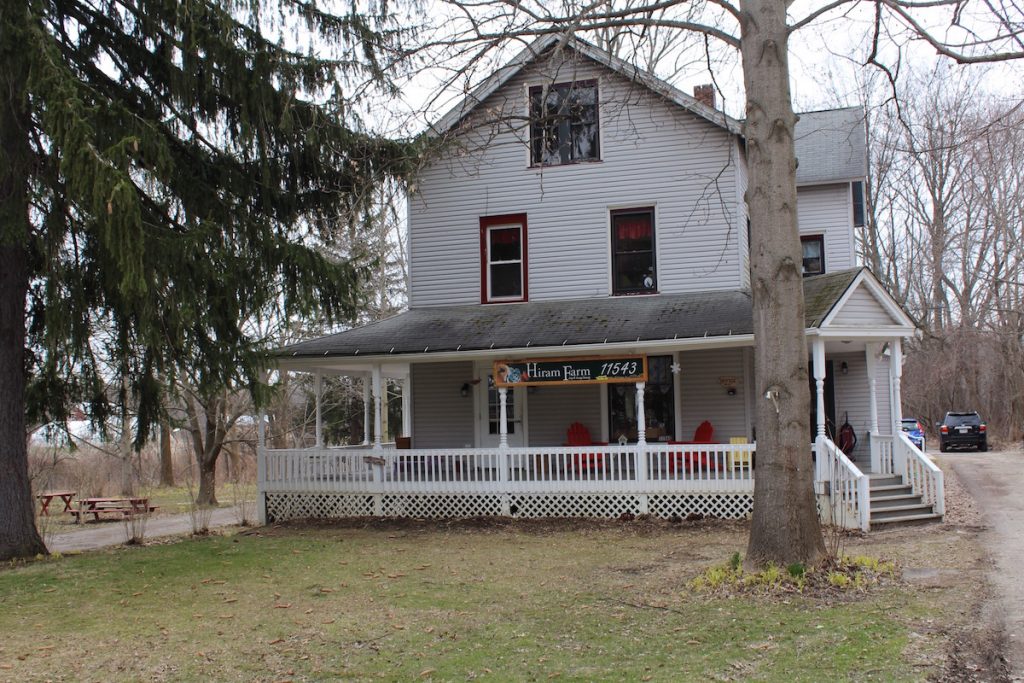 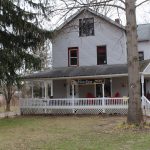 The Hiram Farm House and office.
2 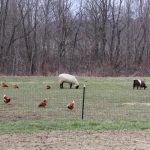 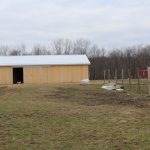 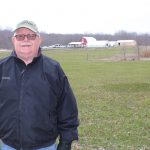 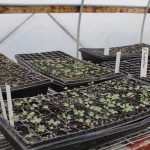 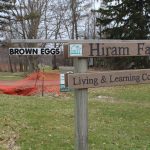 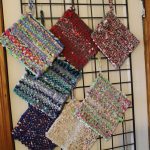 Some of the craft items made and sold at Hiram Farm.
8 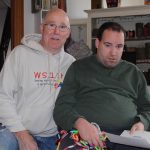 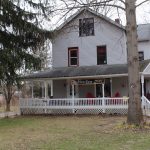 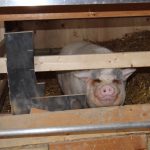 One of the pigs, named Charlotte.

According to Lundeen, the farm was started in 2009 by five area families with adults on the spectrum, who wanted a post-school opportunity for their sons and daughters.

Today, Hiram Farm is a nonprofit that leases its land from the Couch family trust, which owns a 130-acre farm protected through the Western Reserve Land Conservancy.

The families that built the farm did so from the ground up, erecting all of the buildings except the house, and clearing brush and overgrowth to make room for the 17 acres.

The farmers raise beef cattle, turkeys, laying hens, swine and sheep. And during the summer, they grow produce that is sold from the farm, and at a market in the nearby village of Mantua.

The proceeds are combined and every two weeks, each farmer gets a paycheck based on his or her work and the amount available.

“That’s really exceptionally meaningful for the farmers, that they’ve gotten a paycheck for the work that they’ve done,” Lundeen said.

The farm covers most of its expenses through Medicaid dollars and donations, but its unique nature arguably offers something other programs do not.

“Learning how to care for others, even if ‘others’ is an animal, is something we like about the farm model, as well as having a lot of space,” said Cody Bauer, associate program manager.

People on the spectrum sometimes need some alone time to act out their frustrations or to refocus, and the farm provides plenty of choices, from the pasture to the front porch of the house.

“They can take a break, they can go sit on the front porch for five minutes, feel the breeze and the sunshine, and then they are able to focus on work much more quickly,” said Bookbinder.

The farmers currently finish about two head of beef a year, two dozen turkeys that are sold at Thanksgiving, and dozens of chicken eggs. Although sales are made throughout the year, special sales are held in the spring, May 4-5, and at events such as the Hiram Farm Family Festival, Aug. 18, and the farm-to-table meal, Sept. 22.

Like most farms, Hiram Farm is a growing place, with new crops and buildings being added as the farm evolves. A big improvement was adding flush toilets, which were installed a couple years ago and replaced the portable units. This was important not only for aesthetics, but to allow staff members to better assist some of the farmers.

The farm is considering raising goats later this year, and is planning to construct a third greenhouse and expand its hydroponics program.

The farm is also finishing architectural plans for a building to be located next to the farm house, which will provide additional space for indoor activities and a tornado shelter. The goal is to finish the plans by June, conduct a capital campaign and begin construction by the fall of next year.

Bob Berg, whose son Justin has attended Hiram Farm for eight years, said the farm is an ideal place to learn and interact.

“One of the awesome things about the farm is, whatever their ability is … the staff tailors activities to each person’s individual nature,” Berg said.

Bob said that if he and Justin, 29, are going somewhere over the weekend and Justin detects they’re not on the same road to Hiram Farm, “he let’s me know, because he wants to come here all the time!”

The farm is supported by a 13-member board, who also volunteer during the week and at the farm’s various community outreach events. The farm also receives support from some local farmers, including Great Lakes Growers, a hydroponics and greenhouse company.

In addition to the 32 farmers from Portage and surrounding counties, about 18 others are on a wait list. Some farmers are considered full-time, and others come to work a couple days a week.

Bookbinder said her favorite part about working at the farm is helping the farmers improve.

“It’s always amazing to watch that moment ‘when they get it,’” she said. “They understand what’s being asked and they can do it from that point on.”

• Hiram Farm, which helps adults with autism, sells meat, eggs and produce throughout the year, and also holds community events to help raise awareness and to raise funds.