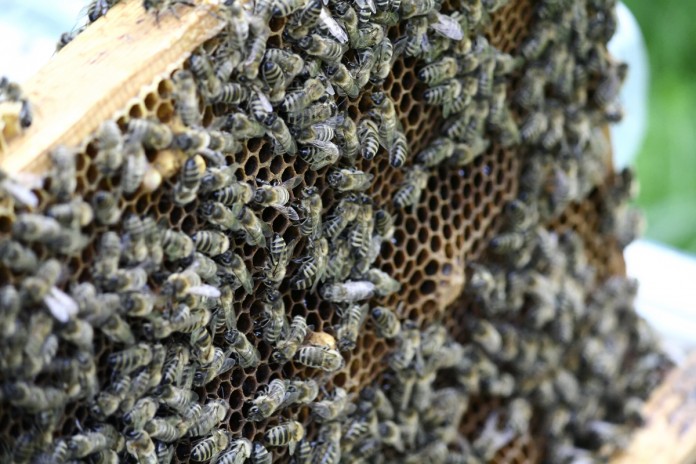 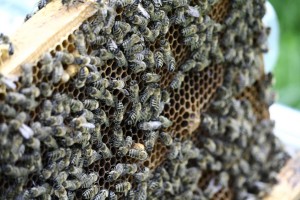 WEST LAFAYETTE, Ind. — Purdue University researchers are zeroing in on genes that help honeybees defend against varroa mites, one of the largest factors in bee population declines.

Varroa mites are parasites that attack honeybees and infect them with viruses that cause death. The mites can infest and kill entire bee colonies. But certain honeybees have developed defensive behaviors that allow them to kill the varroa mites or disrupt mite reproduction.

Greg Hunt, a professor of behavioral genetics, and Jennifer Tsuruda, a Purdue postdoctoral researcher, are searching for the genes that provide those defenses and believe they’ve narrowed the options considerably.

“Bees are fighting back. They’re getting rid of the mites themselves,” said Hunt. “We can select for these traits now, but it’s tedious. If we can identify the genes that influence these traits, we could develop better methods to screen for these genes and speed the process.”

The United States is losing about one-third of its honeybee hives each year. Hunt said no one factor is to blame, though scientists believe that mites and insecticides also are working against the bees, which are important for pollinating food crops and wild plants.

Some bees exhibit a trait called varroa sensitivity hygiene, in which they can somehow sense — likely through smell — that varroa mites are sealed into brood cells where honeybee grubs are pupating. The bees uncap the cells and sometimes remove the infested pupa, disrupting the mites’ reproduction process.

“We assume they’re learning the scent of infested pupae and uncapping the cells to see if mites are in there,” Hunt said.

Bees that exhibited the trait were produced and genotyped. Researchers found the inheritance of two chromosomal regions from the resistant parent containing genes that made bees more likely to uncap brood cells and remove infested pupae.

The list of candidate genes includes genes involved in learning and sense of smell.

“We can start with the genes that make the most sense and run tests to determine if they’re involved in conferring those behaviors,” Tsuruda said.

Other bees being attacked by varroa mites exhibit a grooming behavior in which they swipe at their backs and often remove the mite. In some cases, the bee will bite and possibly kill the mite.

Hunt said maps with about 1,300 genetic markers were created to look for the genes responsible for the grooming behavior. The researchers narrowed the search to one region on a chromosome that contains 27 genes. The gene Neurexin 1 is a likely candidate, Hunt said, because unrelated mouse testing has shown that the gene can be involved in excessive grooming.

“It raises the possibility that the same gene might be influencing some behavior in two very different species,” Hunt said.

Hunt and Tsuruda will continue to narrow the search for the genes that confer behaviors allowing honeybees to defend themselves against varroa mites. Once pinpointed, Hunt said bees could be specially bred and deployed to address declining honeybee populations.