SALEM, Ohio — It was a busy year in the farm world, with everything from the Utica and Marcellus shale to changes in the ethanol market. Check out some of the top stories from the year.

Will we ever get a farm bill? December of 2012 ended a lot like December 2013. The nation’s farm bill expired and lawmakers could not reach agreement before year’s end. At the beginning of 2013, a nine-month extension of the 2008 bill was approved. This year, the process made it as far as a conference committee, but the committee could not agree before the holiday recess.

Ohio Holstein Association fires general manager. Don Alexander was a well-respected manager of the state’s biggest dairy breed association but was let go in the spring after members discovered he entered into unauthorized contracts to sell cattle. Those contracts went unfulfilled, causing a major legal battle. Association members did not know about the issue for nearly three years, because multiple, confusing mailing addresses were supplied to the courts.

Produce safety rules. The Food and Drug Administration continued its work on the 2011 law known as the Food Safety Modernization Act. Most of the 2013 was spent listening to public comments on the new produce rules. There is a wide range of concern and debate over

how the cost will affect farmers, and how farms of different sizes will be affected.

Pa. Transporation law change. Pennsylvania Gov. Tom Corbett signed a bill that affects the transportation of farm implements and exempts farm trucks, trailers, and multipurpose agricultural vehicles from registration.Implements are now allowed by law to operate anywhere within 50 miles of any farm owned or operated by the owner of the implement.

Rogue wheat. Genetically engineered glyphosate-resistant wheat plants were found growing in a field in Oregon in May.There are no GE wheat varieties approved for sale or in commercial production in the United States. How the wheat was spread to the field is still under investigation.

Beef Checkoff. Cattlemen are being asked to cast a vote in a referendum on the Ohio Beef Checkoff in early 2014.If passed, producers will double the payout from $1 to $2 per head when cattle are sold.The Ohio Cattlemen’s Association has collected the 1,000 signatures

required to undergo a referendum on the Ohio Beef Checkoff. Now all that is needed is a simple majority vote to get passed.Mail-in voting begins January 2014 and in-person voting will take place in March 2014.

Many lawsuits involving landowner issues were filed and many others settled. Most settled cases include a clause which prohibits anyone involved from discussing the case. According to the Ohio Department of Natural Resources, there are now 1,024 permits issued and 636 wells were drilled in the Utica shale and 36 permits issued for the Marcellus shale with 18 wells drilled.

Drones. Drones may be the farmer’s next line of defense when it comes to managing crop fields.Two drones, or unmanned aerial 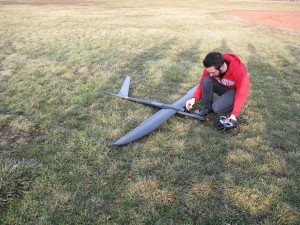 vehicles, were demonstrated at the 2013 Farm Science Review.The Federal Aviation Administration does not currently allow the flying machines to be used for commercial ventures without permits. However, farmers can use the drones as a hobby to patrol their fields. The drones can take pictures and bring data back for farmers. 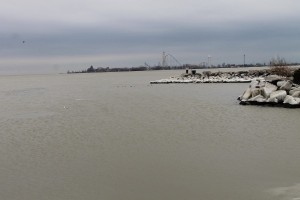 organizations kept reminding their members about the important role they play in keeping nutrients in the fields and out of rivers, streams and lakes. Farm leaders pledged to do their part by applying the Four-R principle. 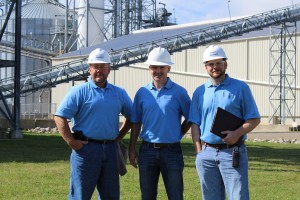 Energy re-opened the ethanol plant in Coshocton in October. This brought new market opportunity to area farmers, who both sell grain to the plant, and buy dried distillers grains. In November, word broke that the U.S. EPA is considering a reduction in the Renewable Fuel Standard, which could impact ethanol production in 2014.