MERCER, Pa. — David and Vera Philson made a life with their dairy and, more than 35 years later, they say it’s the life they always wanted. 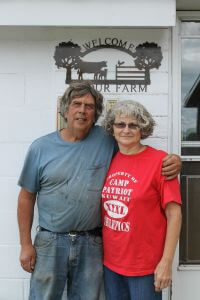 The Philsons are the second generation to make the western Pennsylvania dairy a home. David’s parents, Jack and Bonnie, purchased the farm in 1962 and leased the initial herd from a veterinarian.
Then Jack had a heart attack in 1969, and it left the dairy responsibilities on David’s shoulders.

The younger couple married in 1975 and continued to work on the dairy, purchasing the cattle and equipment, and in 1977, they were able to buy the farm.

“When I was 15, I had a plan, and it’s all I ever wanted to do,” said David.
He went on to say that he even knew what kind of tractors he wanted to use on his farm — Allis Chalmers — and today, that is still what he uses primarily.

Besides raising cattle and grain, the family went on to raise three daughters: Jennifer Philson, of Lebanon, Pennsylvania, a captain in the Army National Guard; Dr. Vanessa Philson Uber, a large animal veterinarian in the New Wilmington, Pennsylvania area; and Donna Philson, of Westerville, Ohio, is the chief warrant officer level three in the Ohio National Guard. 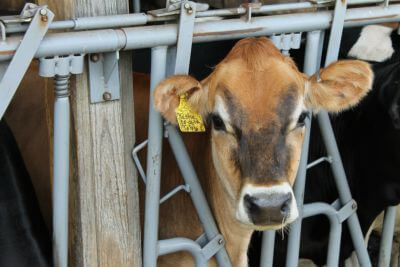 The couple built a herd of Jersey, Holsteins, Ayrshires and even some Shorthorn cattle.
And that mixed herd that got an unorthodox start. David’s dad worked at an engine plant for years and other employees would spread the word that they were selling their cows. And soon afterward, they were purchased.

Now, the herd at O Be Joyful Farm are descendents of Jersey and Holstein cattle that were fair projects for their daughters. However, the demand some years for the Holsteins has meant that they were sold off over the years.

“All of our cows have a name. We know them and want that at our farm,” said Vera.

The herd is closed and maintains a milking herd between 55-60 cows and between 30-40 heifers a year. The couple raises their own heifers and has sold heifers to farmers and 4-H’ers through the years.

The Jersey cattle maintain an 18,000-pound milking average and the Holsteins maintain a 23,000-pound average a year.

David sets the goal of producing a million pounds a year and according to the herd records, the farm comes pretty close year after year.
The Philsons agree that the key to steady milk production at the small dairy has been not pushing the cattle. But David is also adamant that forage is the key to their herd.

David has bagged forage for years and has even done it off the farm for other dairies over the years. He harvests haylage, high moisture corn and corn silage, all stored in the bags.
He said it has many benefits for his farm. The bags can be marked to tell him what field and when it was cut. This tells him what is in it, which can then be translated into how he feeds his herd. This summer, he had 170 acres in the first crop.

“Take my bagging machine off of me and I’m done. It’s what I know how to feed and what to make,” said David.
He said one of the keys to the farm’s longevity is keeping it simple.

The farm still uses a tie stall barn to milk, but they say by keeping it simple, they’ve been able to weather the tough economic cycles.

David said the one key has been keeping maintenance up on the equipment and barn.

“Everything works and we just keep it so that it stays that way,” said David.

David and Vera chose to keep their dairy small, when others have either left the area around them or chose to get bigger.

“We chose not to grow our farm by leaps and bounds due to labor challenges,” said David, adding it is difficult to find help willing to milk or operate equipment.

David and Vera agree the best way to keep agriculture in the minds of the consumer is to teach them about it.
It’s one of the reasons, why their farm, which received a 2015 Dairy of Distinction Award, is on the 31st annual Mercer County Country Tour. 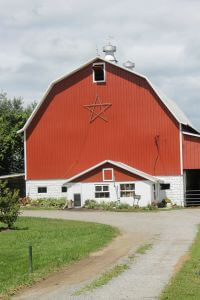 The couple said as consumers get further away from the farm, the harder it is for them to understand what happens on a farm.

David said he enjoys teaching “Ag 101,” as he describes it and welcomes being asked questions and showing the public his farm. He said the only way to ensure the public is comfortable about where their food comes from is by explaining to them how cattle are milked, cared for, and what they are fed.

To check out the details of the Mercer County Country Tour, click here.