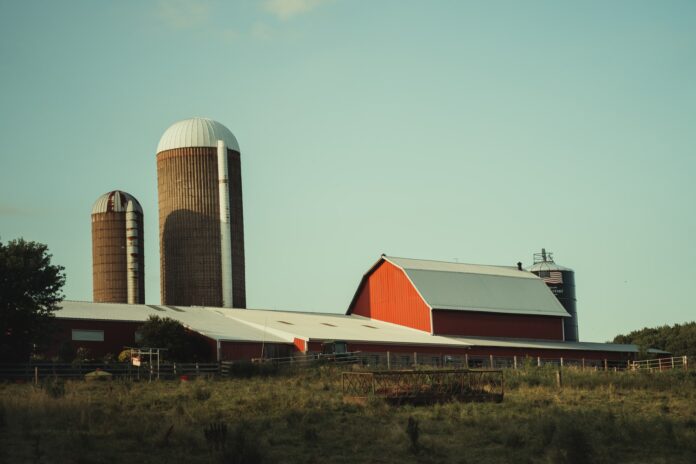 Congress has been debating reforms to the H-2A program and immigration for years. Twice in the last several years, the House has passed versions of the Farm Workforce Modernization Act, which would create a pathway to legal status for farm workers who don’t have it, and would also reform the H-2A program, a temporary agricultural guest worker program used by many farmers.

Some senators are now negotiating changes to the House’s bill and trying to move it forward. But the last official action on the bill was in March 2021, when it was referred to the Senate Committee on the Judiciary after passing the House.

In a July 7 panel hosted by the American Business Immigration Coalition Action, some Ohio farm and business groups urged the Senate to move forward with immigration reform, saying it could help address workforce shortages in the food and farm sectors.

Farm and food businesses often struggle to find domestic workers. That’s why many rely on workers from other countries through the H-2A program. But that program has some limitations, and advocates for both businesses and workers have long said it needs an overhaul.

“The business community in the state knows that the status quo is not an option to solve our workforce issues,” said Rick Carfagna, senior vice president of government affairs for the Ohio Chamber of Commerce, during the panel.

The dairy industry has long noted that the H-2A program does not work for it. Dairies need workers year-round, and the program only allows farmers to hire workers seasonally. But at the same time, many dairies struggle to find enough domestic workers, said Scott Higgins, CEO of the Ohio Dairy Producers Association.

“When we go to employ workers at our farms, and we put the invitation out, our first hope is that there’ll be domestic workers right there in our communities that will come and help us out … very few apply,” he said.

Even for sectors of the farming industry that currently use the H-2A program, it can come with challenges. Farm groups have said using the program can be cumbersome, and have suggested the filing process needs to be more streamlined.

Brian Decker, president of Decker Nursery, Inc., said his business could be open year-round, much like a dairy farm. But because he can’t hire workers through the program year-round, he has been limited in how much he can expand his business, despite seeing the demand. That’s also despite being able to hire about 50% domestic workers.

In many cases, farmers and food businesses have hired and continue to hire workers without legal status. The U.S. Department of Agriculture has estimated roughly half of U.S. crop farm workers do not have legal status.

Haroldo Nunes, executive director of Open Arms Hispanic Ministry, noted it’s been close to 40 years since the country had significant immigration reform. He sees many people in the communities he works with struggling with fear tied to a lack of stability for immigrant workers, especially those without legal status. But at the same time, he sees many companies struggling to find enough workers.

“It’s a big pressure that we’re seeing every single day in why we’re having the discussion, because of the legal side of everything,” Nunes said. “Because we wanted that everyone will be legal, but we don’t have the laws that will give papers.”

But that problem can be fixed, and, Decker said, “it has to happen.”

“Once you get these programs fixed … and you fill all these jobs, then you need to go to employers like me. And if we hire people illegally, you’ve got to put me in jail,” he said. “Don’t let the employers off the hook.”

Fixing the problem, speakers said, could help protect U.S. agriculture production by making sure farmers have the workforce to harvest their crops. It would also give both farmers and farm workers more stability.

The bill they urged Congress to pass has been supported by a long list of farm groups and farm worker advocacy groups like United Farm Workers. They say it would create a more compassionate system for immigrant workers, and make it easier for farmers to find and hire workers.

James O’Neill, director of outreach for American Business Immigration Coalition Action, applauded senators working on negotiating the bill, but said “we are running out of time.”

“This labor shortage is urgent, and we need solutions now,” he said.