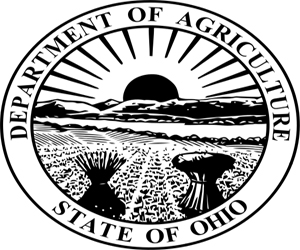 “These Ohio women have had an incredible impact on our state’s largest industry,” said Kasich, who announced the creation of the award during last year’s Ohio State Fair.Award winners included:

Davis has successfully managed her family farm since 1987, growing soybeans, corn and wheat, and is a licensed real estate broker specializing in farm brokerage. Davis was instrumental in the development of the Ohio Soybean Council’s research program for new uses of soybeans, which has resulted in national awards and multiple patents.

She has also worked to expand export opportunities to Japan, and played a pivotal role in the development of an Ohio trade office in China.

Under Stephanie’s leadership, Ridgemont High School FFA was twice named the winner of the National Chapter Model of Innovation and Ohio’s top chapter.

Oberst started her own commercial dairy farm in 2007, the first dairy start-up in Hancock County for more than 35 years. Oberst was the first woman to serve on the board of the Hancock County Soil and Water Conservation District.

She has worked as a field environmental scientist for the Ohio EPA, an adjunct faculty member at the University of Findlay, and offered education programs at the Hancock Park and the Historic McKinnis House at Litzenberg Memorial Woods Farmpark.

Dedicated to Ohio agriculture, she hosted a media tour of her farm in 2011 and advocated the creation of the Ohio Livestock Care Standards Board in 2009. Earlier this year, the Roes received the state’s 2012 Beef Industry Excellence award from their peers.New this year, the award program is administered through the Ohio Department of Agriculture and the Office of the First Lady.Winners were selected on the basis of their outstanding contributions to Ohio agriculture, leadership and advocacy in the agricultural community and significant impact on the agriculture industry as a whole.