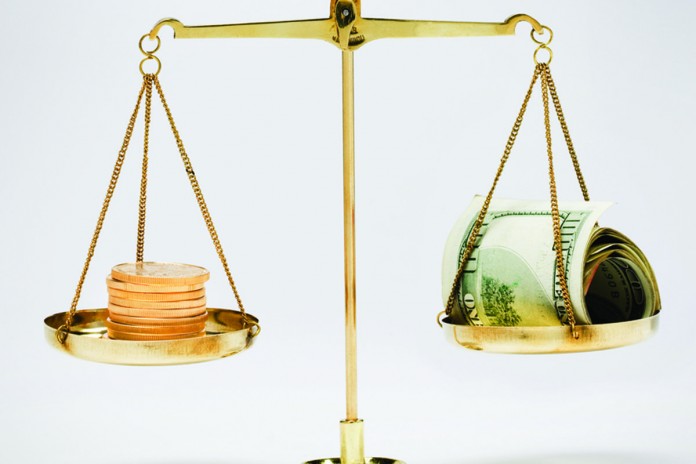 WOOSTER, Ohio — Farmers, researchers, private companies and state and federal conservation groups have been actively involved in the effort to reduce nutrient runoff in Ohio for the past several years.

Their goal is to keep Ohio’s lakes and streams clean and prevent the growth of harmful algae. And, they’ve been vocal about wanting to do as much on their own and without regulation as possible.

But an economist with Ohio State University says those efforts haven’t been enough. Instead, he suggests the most cost-effective solution is a tax on phsophorus — which he predicts would reduce the amount farmers apply, and thereby reduce the amount that runs off their fields.

Brent Sohngen, an environmental economics professor in the College of Food, Agricultural and Environmental Sciences and leader of OSU’s Environmental Policy Initiative, held a webinar Sept. 30 in which he outlined the benefits of taxing farmers.

He drew connections between the cost of fertilizer and the amount farmers use, arguing that when prices are higher, farmers adjust and use less.

As an example, he said a 135 percent tax on phosphorus would be enough to decrease the concentration by about 40 percent, the same amount state leaders have generally called for, when talking about reductions in runoff.

Sohngen said there has been “an enormous investment from the conservation community,” costing society and taxpayers about $11 to $16 per acre annually.

“We don’t seem to be seeing much of a payoff from that.”

The ag economist said dissolved phosphorus levels are still too high in our water, and suggested that the issue is directly related to the amount being used. When the price goes up, farmers use less.

By his figures, a 10 percent increase in price reduces “emissions of soluble phosphorus by 3 to 4 percent.”

Kevin King, a research agricultural engineer with the U.S. Department of Agriculture, was listed as a co-author of Sohngen’s report.

However, when Farm and Dairy called him for a supplemental comment, he said he was unfamiliar with the report and would be asking that his name be removed.

King said he had spoken years ago with Sohngen about the potential of price impacts on phosphorus use, but that he didn’t agree with the conclusions in the report. King said a tax could be an alternative solution, but not one that he would prioritize.

“I’m out here trying to look at the 4-R approach and other things,” he said. “I’m not going to deny that a tax or some other thing isn’t an alternative, but I don’t think that’s the way we want to go.”

Related: Sohngen’s report. (Note: USDA was not a co-author, as listed)

Sohngen argued his plan would shift the cost burden of conservation practices from the public to the farmer.

He estimated the effect of a tax, at 135 percent, would cost farmers in the northwestern Ohio watersheds about $27.8 million, or about $6 more per acre.

What about food prices?

There was concern during his presentation, however, that such a shift would also cause a shift to the consumer in the form of higher food prices. For one thing, phosphorus is an essential nutrient for plants like corn to grow, and yield is directly related.

Sohngen argued farmers have reduced phosphorus application in the past without any yield issues, partly because some fields already have excessive amounts in reserve.

As for long term, he said it was his “heartfelt” belief that seed companies, with all their innovation, “would have very little struggle compensating for that over time.”

Another issue is the cost to production. Farmers have to subtract their input costs from the price they receive for their crop. A new tax of $6 per acre, along with the potential for reduced yield, could challenge an already tight profit margin.

Antosch is still reviewing Sohngen’s figures, but he said Farm Bureau does not currently have a policy on taxing phosphorus.

Instead, the organization is “putting our dollars and our efforts to keep on supporting the field research, and helping farmers become (state) certified,” he said.

Antosch was referring to the Ohio fertilizer law, which requires farmers to be state certified by the fall of 2017 if they intend to apply fertilizer to more than 50 acres. The Farm Bureau pledged $1 million to help farmers become certified, and adopt nutrient management plans on their farm.

One area where Antosch seemed to agree with Sohngen was with higher volumes of water and larger precipitation events.

Sohngen suggested that more water is moving through the Maumee watershed, which impacts how much phosphorus is carried from farmers fields.

Antosch prefers to call it “climate weirding,” but whatever you call it, scientists in Ohio are confirming it’s real.

But Sohngen arguably has some unique views, not only with his proposal to tax the issue, but also his views on conservation agriculture.

He doesn’t see an association between water quality and conservation tillage practices, including no-till, which farmers have been encouraged to adopt for decades as a way of reducing soil erosion and improving water and soil quality — often at the advice and research of other Ohio State faculty.

“When we look at the data, we can’t detect any effect on water quality from the money spent on encouraging farmers to adopt conservation and no-till practices,” he said in an OSU news release. “But we do see an effect when phosphorus prices are higher.”

Sohngen is a graduate of Yale University and has studied the economics of conservation programs and pollution from farmland since he started his career at Ohio State in 1996.

He also led research on cap and trade legislation during President Obama’s first term. The policy was criticized by many farmers as “cap and tax,” and something that would “cap” the nation’s future, and ultimately failed before Congress.