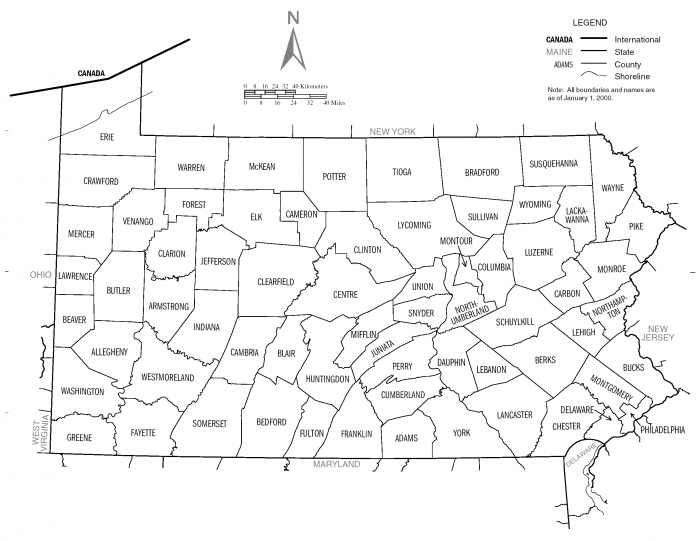 SALEM, Ohio —The Pa. Department of Agriculture is proposing updates to the Pa. Farmland and Forest Land Assessment Act of 1974, also known as the Clean and Green Act.

Douglas Wolfgang, director of the Bureau of Farmland Preservation, said the revisions are a reflection of land use changes that have happened in the state.
Wolfgang said there will be 10 years’ worth of changes included in the regulations — the last changes were made in 2005.

Wolfgang said 9.5 million acres are now enrolled in the program.

The Clean and Green Act permits owners of agricultural, agricultural reserve or forest reserve land to apply for a preferential assessment of their land.
If approved, the property is assessed at its use value instead of the market value.

Some of the changes in the revised regulations will include how oil and gas property is assessed, including temporary leases for pipe storage yards; what landowners can do on their land in terms of recreation; and the addition of commercial composting properties was added to the definition of agriculture.

Composting, if passed under the new regulations, will mean material resulting from the biological digestion of dead animals, animal waste or other biodegradable materials, at least 50 percent by volume of which is comprised of products commonly produced on farms.

The recreational definition for landowners will include these activities: hunting, fishing, swimming, access for boating, animal riding, camping, picnicking, hiking, agritainment activities, operation of nonmotorized vehicles, and viewing or exploring a site for aesthetic or historical benefit or for entertainment.

The next round of changes will also include defining the homestead and agritainment, or farm-related tourism or farm-related entertainment activities which are permitted or authorized by a landowner in return for a fee on agricultural land for recreational or educational purposes.

In addition, the changes will include how to handle commercial wind turbines on land, and non-coal mining.

The Noncoal Surface Mining Conservation and Reclamation Act will mean normal assessment — the total fair market value of buildings and ineligible land, as of the base year of assessment, on a tract multiplied by the assessment ratio under the new regulations.

The term includes a facility or system that generates alternative energy for use onsite or for delivery of the energy generated to an energy distribution company or to an energy transmission system operated by a regional transmission organization.

The revisions are expected to be published in early 2014.

Wolfgang said Pennsylvania has 67 counties, of which 57 are participating in the Clean and Green Act.