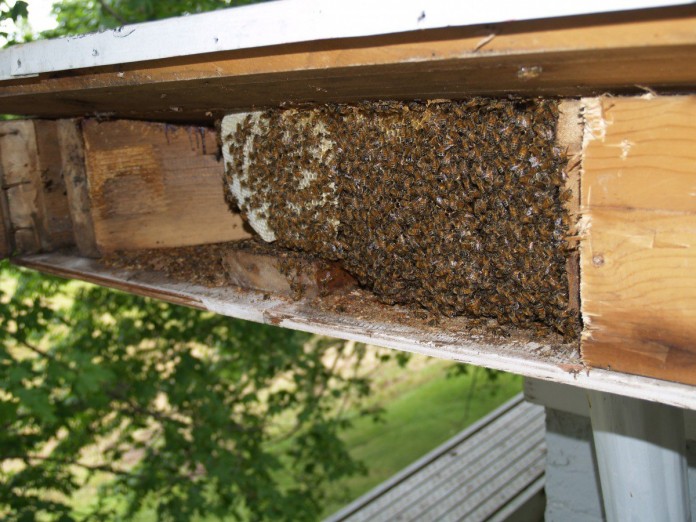 The USDA and the United States EPA released a comprehensive scientific report on honey bee health May 2. The report states that there are multiple factors playing a role in honey bee colony declines, including parasites and disease, genetics, poor nutrition and pesticide exposure.

In a conference call with reporters, the one thing that was clear is that between $20 and $30 billion in agriculture production depends on honey bees and other pollinators.
Acting EPA Administrator Bob Perciasep said the EPA is committed to working with the USDA to address stressors impacting honey bees and managing their genetic diversity, but more work needs to be done to investigate bee kill incidents and enforcement once the problem is identified.

Perciasep said there is no quick fix and all investigators must rely on the data being developed to find a reason why so many honey bee colonies are disappearing.

Other concerns discussed during the conference call include the fact that bees are losing habitat at unsustainable rates and there is less diversity on landscape so they are asked to do more with less.

Beekeeper Zac Browning, co-owner of Browning Honey Co. Inc., said 2012 was a bad year in his beekeeping business and blames it on colony stress.

“My own operation, the bee losses were double compared to the year before. Losses were from multiple factors, but the drought was the consistent factor,” said Browning.

He feels better forage is needed in order to improve pollinator health.

The key findings in the report include:

The parasitic Varroa mite is recognized as the major factor underlying colony loss in the U.S. and other countries. There is also widespread resistance to the chemicals beekeepers use to control mites within the hive.

New virus species have been found in the U.S. and several of these have been associated with Colony Collapse Disorder.

Honey bee breeding should emphasize traits such as hygienic behavior that confer improved resistance to Varroa mites and diseases (such as American foulbrood).

Nutrition has a major impact on individual bee and colony longevity. A nutrition-poor diet can make bees more susceptible to harm from disease and parasites. Bees need better forage and a variety of plants to support colony health.

Researchers said federal and state partners should consider actions affecting land management to maximize available nutritional forage to promote good bee health and to protect bees by keeping them away from pesticide-treated fields.

There is a need for improved collaboration and information sharing:

Best management practices associated with bees and pesticide use exist, but are not widely or systematically followed by members of the crop-producing industry. There is a need for communication between growers and beekeepers and effective collaboration between stakeholders on practices to protect bees from pesticides.

Additional research is needed to determine risks presented by pesticides:
The most pressing pesticide research questions relate to determining actual pesticide exposures and effects of pesticides to bees in the field and the potential for impacts on bee health and productivity of whole honey bee colonies.