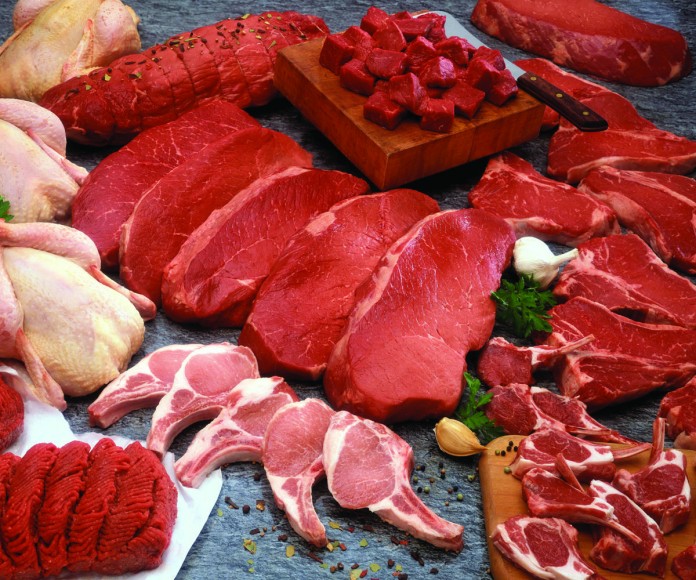 SALEM, Ohio — The World Trade Organization has determined that the U.S. mandatory country-of-origin labeling rule, known as COOL, is noncompliant with WTO rules, which could potentially result in hefty retaliation by the nation’s closest trade partners, Canada and Mexico.

COOL requires all packaged meat to identify where the animal was born, raised and slaughtered, and went into effect in 2009.

The WTO announced its decision Oct. 20, following complaints filed by both Canada and Mexico, alleging that the U.S. policy unfairly affects trade with those nations. The two countries challenged the policy over unfair treatment concerning imported Canadian cattle and hogs, and imported Mexican cattle.

The WTO concluded that the policy would have “detrimental impact on the competitive opportunities of imported livestock” compared to U.S. livestock of the same kind. The WTO said the rule would also lead to “increased record keeping burden, new potential for label inaccuracy, and continued exemption” of many additional products.

Parties have 30 days to appeal the decision, which is a likely course of action. There are calls for the federal government to amend the language of COOL, to bring the policy into WTO compliance, while other groups seek to repeal the policy in its entirety.

The National Cattlemen’s Beef Association said the effects of COOL are already being felt, and will continue across all of agriculture.

“COOL is a failed program that will soon cost not only the beef industry, but the entire U.S. economy, with no corresponding benefit to consumers or producers,” said the NCBA, in a released statement. “NCBA has maintained that there is no regulatory fix to bring the COOL rule into compliance with our WTO obligations or that will satisfy our top trading partners.”

Other opponents, at least of the rule’s current language, include the National Pork Producers Council and American Soybean Association, the U.S. Chamber of Commerce and the National Council of Farmer Cooperatives.

Supporters of the rule say it’s a way toward transparency, helping consumers know the country where their food comes from.

“Americans prefer to buy food products that they know were grown and raised by America’s farmers and ranchers, and AFBF supports a country-of-origin labeling program that conforms to appropriate parameters and meets WTO requirements,” said American Farm Bureau, in a released statement.

A public opinion poll found that more than 90 percent of consumers support COOL, according to National Farmers Union.

“American consumers want to know where their food comes from, and America’s family farmers and ranchers are proud to provide that information,” said NFU President Roger Johnson, in a released statement.

Ferd Hoefner, policy director for the National Sustainable Agriculture Coalition, told Farm and Dairy “there’s obviously a limit to how much information” can be put on labels. But listing the nation of origin “certainly seems like it should be pretty basic information.”

Opponents say the benefit of the additional information does not outweigh the cost.

In a webinar Oct. 20, members of the COOL Reform Coalition called on Congress to take action and prevent trade retaliation.

The members, including the U.S. Chamber of Commerce and National Council of Farmer Cooperatives, said the retaliation would hurt the whole U.S. economy, as well as agriculture.

Canadian agriculture officials have released their own list of products imported from the United States, that could potentially be targeted. It includes live bovine and swine, meat of bovine and swine, apples, cherries, corn, chocolate, and various other food and non-food products.

Jessica Lemos, director of International Trade Policy for the National Association of Manufacturers, said her organization has not taken a position on whether to label or not. However, they stand against a rule that would result in damaging retaliation.

She estimates the affect could be in the billions of dollars for U.S. manufactured goods, calling retaliation an “unacceptable outcome at a time when manufacturing is still striving to bounce back from the Great Recession.”

Canada’s Minister of International Trade, Ed Fast, and Gerry Ritz, minister of Agriculture and Agri-Food, released a statement saying the WTO report “re-affirms Canada’s long-standing view that the revised U.S. COOL measure is blatantly protectionist and fails to comply with the WTO’s original ruling against it.”

The Canadian officials said the report sends a clear message to the U.S to “end this protectionist policy that creates economic harm on both sides of our border, and comply with your international trade obligations.”

Mexico has yet to release its list of potential retaliations, and Canadian retaliations, if implemented, would not go into effect until 2015 or later. While foreign countries could implement retaliation measures, those same retaliations could also negatively impact the countries that implement them.