She worked at the Farm and Dairy for 26 years, as an internal advertising sales representative and assistant to the publisher. She was a familiar face to visitors to 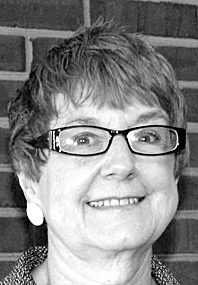 exhibits at Power Show Ohio, the Ohio Beef Expo or Farm Science Review. She retired in 2010.

Born June 6, 1945, in Salem, Ohio, she was a daughter of the late Hoyte Sexton and Genevieve (Graebing) Sexton-Mason.

She was a member of New Lisbon Presbyterian Church where she was an elder and taught Sunday school.

In addition to her husband, survivors include her sons Paul Edwin and Matthew Edward Wolf; five grandchildren and a great-granddaughter. She is also survived by a sister, Nancy Parker; stepsister Jennifer Arnold; and a stepbrother Jerome Mason.

The funeral was held April 4, 2015, at Weber Funeral Home with the Rev. Cindy Carlisle officiating. Burial was at Lisbon Cemetery.