HIRAM, Ohio — From his luscious flats of micro-greens or oak timbers incubating shiitake mushrooms to neat rows of garlic, potatoes, peas and spinach, Matt Herbruck is focused firmly on the bottom line at his Birdsong Farm near Hiram, Ohio.

Each crop on his 25 acres and in his several greenhouses is calculated to produce at a low-overhead, high-quality rate with a minimum of weeding and tending.

Herbruck, 45, admits he works sun-up to sun-down and beyond from March to December in all kinds of weather, but feels he is fortunate to be laboring in a field he loves.

He bought the multi-parcel property about five years ago. The 15 acres of tillable land had been fallow for about three years and he knew it would take time to get the rampant weed crop under control, but he was confident in his knowledge and experience. Birdsong Farm is not Herbruck’s first rodeo. 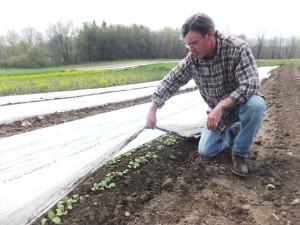 For 15 years before he moved to Ohio, Herbruck grew and sold crops in the challenging climate an hour from Bar Harbor, Maine.

While studying human ecology at the College of the Atlantic in Bar Harbor, he moved into the sustainable agriculture realm that had just started to blossom in the 1970s. In the early 1990s, he started working on a farm in Maine and knew he had found his niche.

“I realized I needed to do a job I felt good about at the end of the day,” Herbruck said. “I needed to be contributing positively to the community and the environment.”

After graduating, he rented fields on an old farm along the Maine coast, established organic crops on less than 10 acres and became involved with the fresh food market.

He helped form the Bar Harbor Farm Market in the mid-90s and settled in to raise crops and a family. Shortly after his son, Oscar, was born, his wife decided to take the child back to her family home in Kent. So Herbruck sold the Maine farm in 2009 and bought the Hiram acreage, where his son visits three days a week.

Although he speaks fondly of eastern Maine, he said the economy there is tough and Ohio is much better for his purposes. But it has been an adjustment, and not just to the climate.

“It took me a while to get used to so many people here, but I appreciate their interest in fresh food,” Herbruck said. “(Interest in) local foods is gaining a foothold. It’s improving every year.”

What he grows. This spring’s rains hardly slowed Herbruck, who works his ground using a five-foot tiller behind an ancient tractor.

He has some fields that have been sown in a green manure crop of oats and field peas, both of which will plow nitrogen back into the soil before he plants another vegetable crop.

Neat rows of spinach plants in single file beg the question — how does that happen by mid-May, when getting spinach to come up in the average northeast Ohio home garden is a challenge. Herbruck said the trick is to pre-sprout the seed in the refrigerator before planting.

Accompanied by Oscar, now 6, he digs into the damp soil to find potatoes beginning to sprout. He has 35 long rows of red and gold potatoes in the ground.

“I also grow Peter Wilcox, a purple-skinned, yellow-fleshed potato,” he said. “It has the highest level of vitamin C of all the potatoes.”

Although he has been farming in Ohio for nearly five years, Herbruck still practices techniques he learned in a colder, shorter climate. In this case, he said he warms the seed potatoes in his greenhouse before planting them. The light also may help get them sprouting sooner.

“But I think it’s the temperature more than anything,” he said.

Regardless, he figures the greenhouse trick saves him a week to 10 days and earlier fresh potatoes are well-received by his customers.

He also finds floating row covers keep his salad crops such as tatsoi and cress better looking and undamaged by late frosts.

Radishes, four kinds of kale and 13 kinds of peas, some of which will eventually need to be trellised, are already in the ground by our visit.

Garlic, planted last fall, stands tall in Herbruck’s field. The popular crop is one of few at Birdsong that takes more than a few months to mature.

“I like a crop I can grow within 30 to 40 days, sell it and plant again,” Herbruck said. “I don’t have much acreage. I want to make the most of the land I have.”

In his greenhouse, he grows trays full of micro-greens that take only a couple of weeks to grow to a harvestable size.

“They’re different from sprouts. We grow micro-greens in the soil,” he said, and they sell well at the four farm markets where Birdsong Farm produce can be bought.

The different mixes — arugula/cress/mustard green, kale/spinach/beets, or a mix of lettuces — are packaged by the pint. They are so popular Herbruck buys the mixed seed by the pound.

He also has a full line of culinary herbs for sale in four-inch pots. The greenhouse produce keeps his booths full and customers happy during the sparse spring months until the end of June when regular field produce comes in, Herbruck said.

His focus on crops that provide a quick turnover is vital to survival.

“Economically speaking, it just keeps the cash rolling,” he said.

As a USDA-certified organic farmer, he has different costs than many who use chemical fertilizers and weed and pest control. Short-term crops allow him to harvest before weeds take over, then till the uninvited guests under before they go to seed. 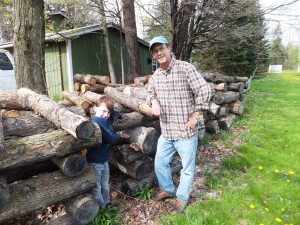 But, even when he can till between rows, hoeing between the plant is necessary at least once or twice before harvest.

Two regular employees, Jamie Beranek and Dave Waldeck, help with the never-ending manual labor and, during the heaviest production times, Herbruck has up to three others working with him and receives inquiries from a lot of folks who just want to spend some time working on a farm.

CSA packs them in

Besides planting, nurturing, weeding and harvesting the crops, the small crew packs recyclable boxes with produce for the farm’s CSA members.

Community Supported Agriculture is a benefit to many who don’t have access to or time to visit farm markets or grow their own produce. Folks interested in a steady supply of locally grown produce can subscribe to, or buy shares in, a CSA and receive boxes or bags of fresh produce weekly.

Birdsong Farm has 60 members, Herbruck said, and about 45 of them are repeat customers. Herbruck said he has shares for only 10 to 15 new members every year.

Members get half a bushel of up to 10 different items a week, which they pick up at the farm or at one of the four farm markets where he has a booth.

“It gives me a deeper level of connection with the community,” he said, and makes up about 25 percent of his business.

Despite the long hours, risks and hard physical labor, Herbruck doesn’t consider cutting back. The short-term plants and constant crop rotation are part of meeting the demand for fresh food and organic produce.

“It’s never been a problem to sell stuff. It’s more common to not have enough,” he said.

As he searches for more and better ways to coax more vegetables and leafy greens out of his acres, he offers advice that sounds like it could be his mantra.

“If you don’t plant it, you’re not going to sell it,” Herbruck said. 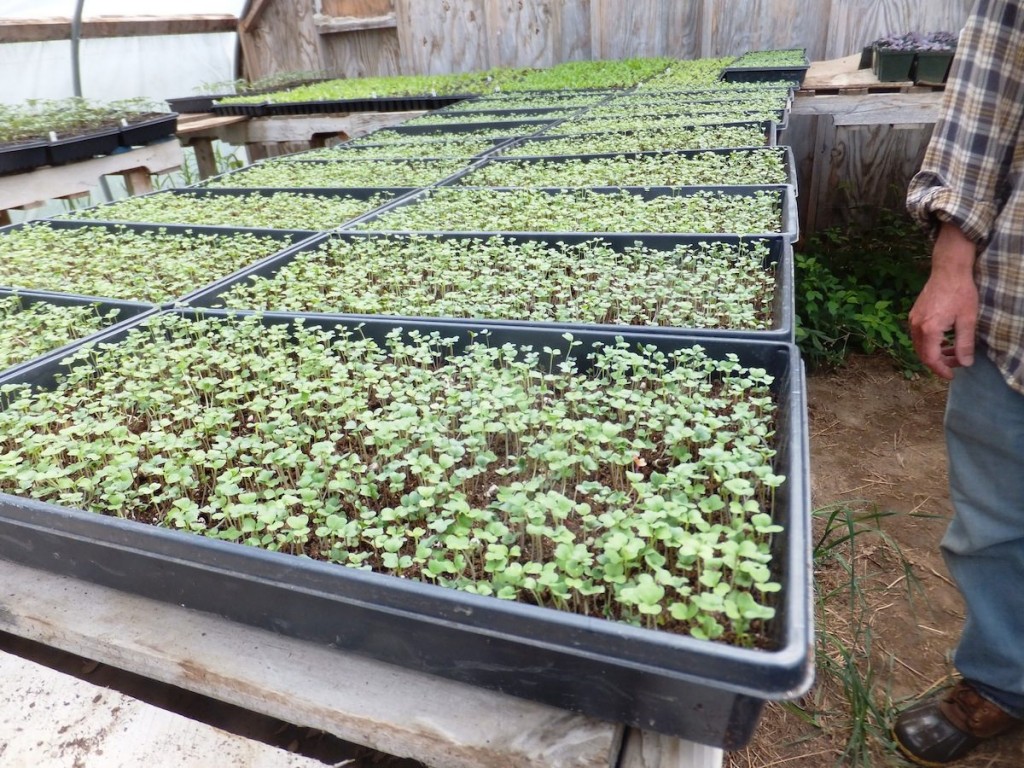