COLUMBUS, Ohio – Before the autumn semester of 2013, animal sciences major Katiann Scherer hadn’t played a minute of team handball in her life. But thanks to an intramural sports experience at Ohio State University, she is now working to earn a spot on the U.S. Olympic women’s handball team and a chance to compete at Rio 2016.

A native of North Canton, Scherer graduated in May from the College of Food, Agricultural, and Environmental Sciences and quickly prepared for her move to Auburn, Ala., where the U.S. handball program is based. She attended tryouts in March and was invited to join the team’s residency program beginning in July, where she will train year-round and play in domestic and international events.

“I wanted to be involved in a team sport. I like working with people to reach a common goal,” Scherer said.

“I was in the crew team and then decided to join a club sport with my sister Katrina. In the involvement fair, there was a random club called handball, so we decided to try it out and we loved it immediately.”

Scherer’s coach at Ohio State, who has played on the men’s U.S. Olympic squad, recommended she try out for the national team. So she went to Auburn and national coach Christian Latulippe “said that he liked my potential,” Scherer said. Now, she is trying to turn that potential into an opportunity for Olympic glory.

The first goal: qualify for the Olympics at the 2015 Pan American Games in Toronto.

“The last time that the U.S. women’s team qualified for the Olympics was in 1996 in Atlanta, so we are hoping that 2016 will be our year to go,” Scherer said.

Scherer plays goalkeeper, a position that was especially sought-after during this year’s tryouts. She said playing soccer in high school gave her the foot skills required for this demanding position. A high-scoring game, team handball (not to be confused with American handball) is similar to soccer, but instead of using their feet players dribble and pass a small ball and shoot at the goal using their hands. The game is played indoors on a 40-by-20 meter court. 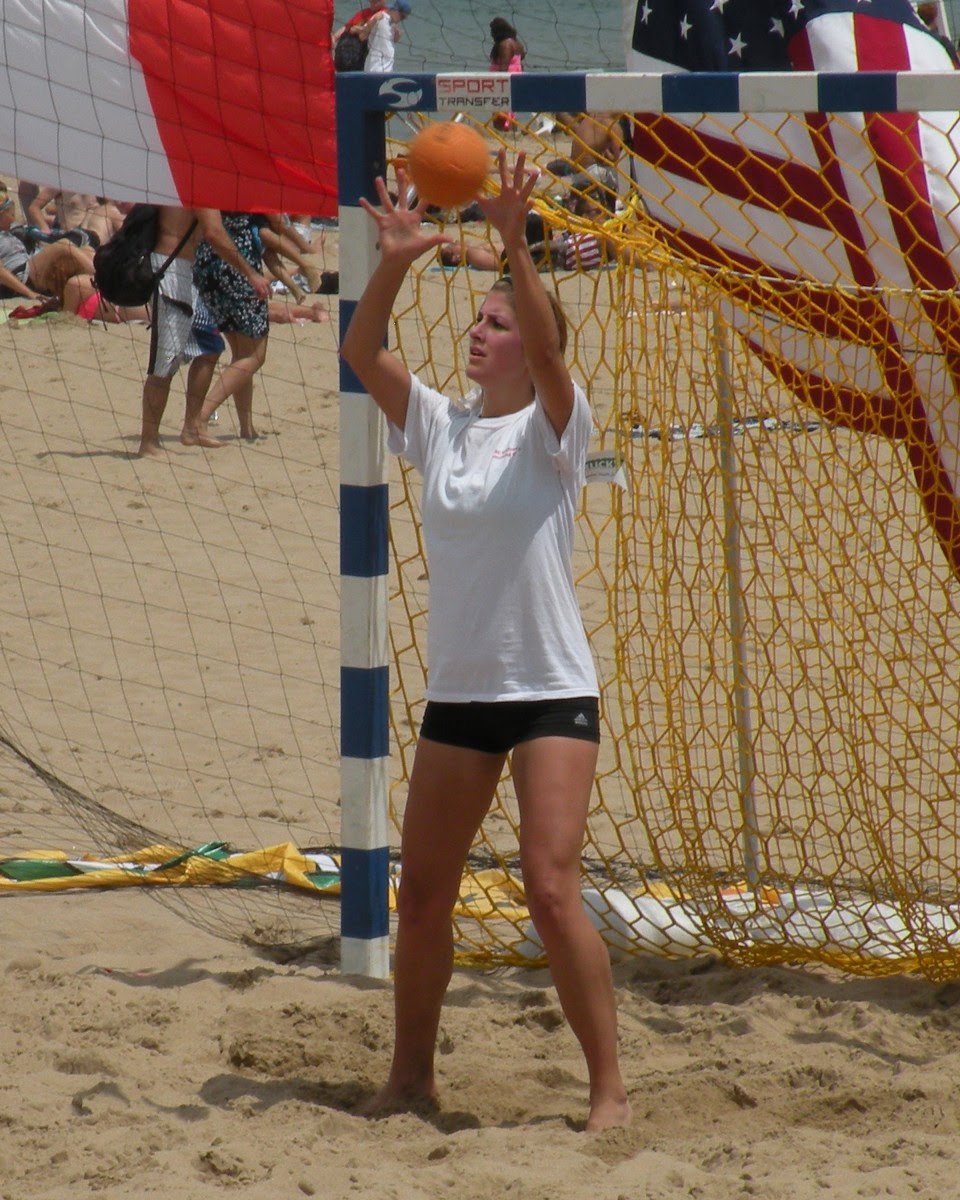 “A lot of people think it’s racquetball or something else,” Scherer laughed. “Handball has all the elements of soccer, lacrosse and ultimate Frisbee and it’s a fast-paced, high-scoring, team-oriented sport. It’s awesome!”

Scherer’s newfound love of handball is only matched by her interest in animals. She attended Ohio State University’s Agricultural Technical Institute in Wooster, where she obtained an associate’s degree in equine science. Scherer later moved to the Columbus campus, where she completed a bachelor’s degree in animal sciences. Both ATI and the Department of Animal Sciences are part of CFAES.

“I want to continue working with animals, whether horses or zoo animals,” she said about her off-court future plans. “I want to be a spokesperson for the animal industry.” 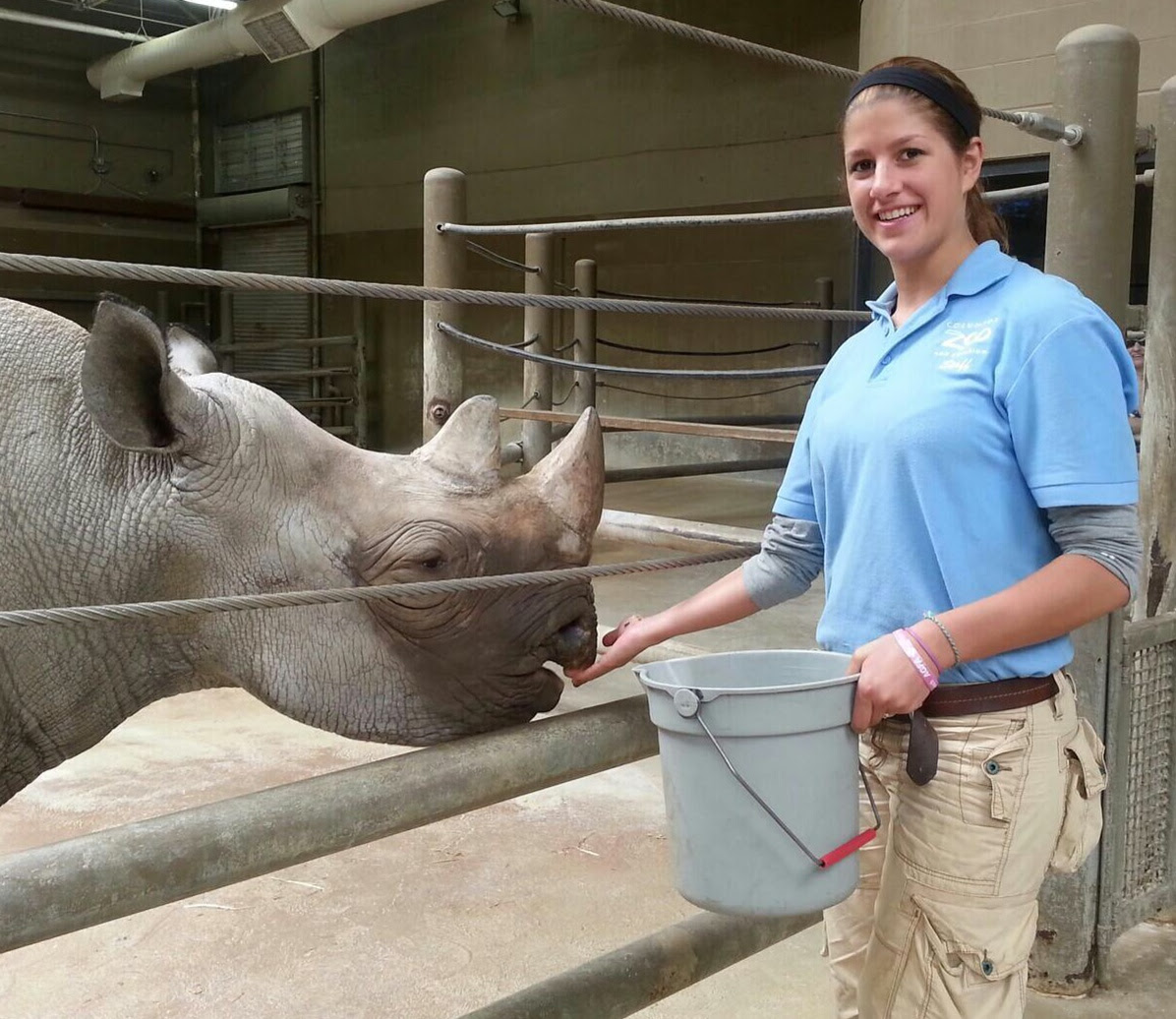 Because handball has a very low profile in the U.S., there isn’t much support for the sport, even at the Olympic level. To help finance her residency in Auburn, Scherer said she would be looking for jobs there and seeking donations from sponsors. She has set up several social media accounts to chronicle her adventure at http://twitter.com/osu2usa,http://www.facebook.com/osu2usa, and http://osu2usa.wordpress.com.

Thank you to OSU

Whether it is getting an education in the field she loves or chasing a sporting dream, Scherer credits Ohio State and CFAES for helping place her on the path to success.