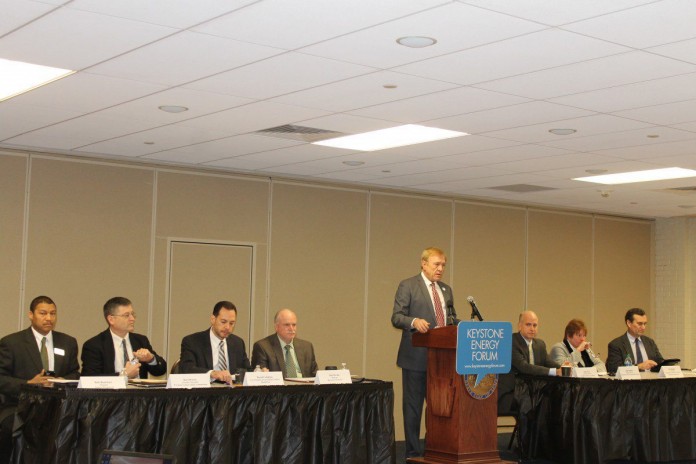 HARRISBURG, Pa. — Members of both the agriculture and natural gas industry gathered for the Keystone Energy Forum to discuss how both can work together to benefit each other.

The forum was held as part of the Pennsylvania Farm Show Jan. 9.

The consensus during the forum was that a balanced approach between the two industries is needed. 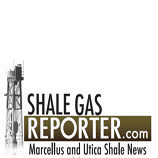 Brown said the collaboration between the natural gas industry and agriculture has to start with trust and it has to begin on the farm.

He added that a long-term relationship between the two industries is true but requires five “C’s”. They include having a common interest, common sense, communication, cooperation and courtesy.

Callahan emphasized that the need for shale gas is only going to grow and additional production will be needed in years to come.

Penn State’s Murphy, who lives on a farm near drilling and studies the shale industry, said there are opportunities and challenges for agriculture as a result of the natural gas industry.

Some of the opportunities include economic rewards, including higher property values, job growth in rural areas, infrastructure repair and upgrades, preservation of green space, the return of rural youth, and new natural gas service to rural areas.

However, some of the challenges include balanced land use in the farm community and industry, farmstead and farmland impacts (transitions), potential environmental concerns, animal health, food and consumer misconceptions of the shale industry and a lack of natural gas service in rural areas even though wells are located on or near the farms.

Murphy added that the rural areas are not seeing the change feared when drilling initially began, and said drinking water data shows there has been little impact on the supply and quality.

He added that there are impacts, but not as great as feared in the beginning.

However, the most essential need for cooperation is seen in midstream (pipeline) development.

Callahan, from MarkWest Energy Partners, said the pipelines are essential to developing the energy resource, but can be difficult.

He emphasized that by industries working together, the farmer can enhance the value of his land further. By completing wells and creating right of ways, it helps the farmer to get more bang for their buck when it comes to land values, he said.

Callahan said $80 billion will be spent annually between 2014-2020 to construct pipelines in both the Utica and Marcellus shale regions of Pennsylvania and Ohio.

He added one misconception among landowners is that they think they don’t have a say in the pipeline process.

Callahan said some of the items up for discussion include what the use of the land for crops was before and what it will be after pipeline construction. Other items are whether or not a surface structure can be built on the pipeline right of way, fencing and restoration after the pipeline is built.

Another area where pipeline development needs to be more proactive is talking to the tenants, if the farm is being leased and not being farmed by the owners.

Callahan said farmers and landowners also need to talk to the pipeline companies about the presence of springs, streams, wetlands and drain tiles.

Another issue two speakers commented on was the need to get more energy to the agriculture community. Callahan and Boulware said  it is important for the agriculture industry to begin using natural gas in their operations.

Callahan said by providing access to agriculture, it will enable more homes and operations to use natural gas, which will in turn lower energy costs on many farmers. He added that farmers are going to need to invest in alternative fuel vehicles and equipment to get the most value from natural gas.