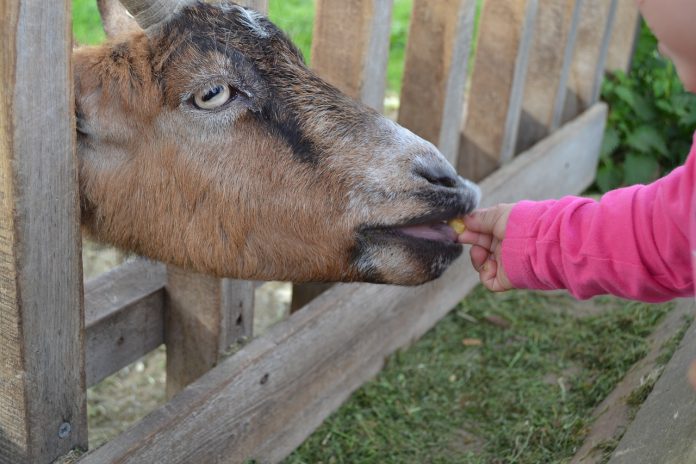 Standing in the shadow of the youngest generation, I watched two of my great-nieces, both three years old, prove that love of animals continues to grow in this family.

The cousins, daughters to two of my nephews, are adorable little blondies with happy hearts and busy hands. I have found such joy in watching their affinity to farm animals growing right along with them.

Autumn recently told me that when she is all grown up she wants to be “a lamb farmer.”

When she was just old enough to talk, my hubby asked, “Autumn, what should we name this little lamb?”

Without missing a beat, Autumn answered, “Mine.”

Autumn insisted on coming back to see each newborn lamb. Over a long lambing season, she never tired of it.

While her brothers Oliver and Johnny eventually found other things to do in the barn, Autumn focused so completely on the lambs, and was never quite ready to leave.

When I had a bottle baby during the winter, the ewe accepting only the first-born of twins, Autumn thought that was the best thing that ever happened on a farm.

“I do it!” she said when the milk bottle appeared. Her eyes sparkled as the lamb grabbed on for dear life, happily grunting and lip-smacking.

“Mine is funny!” Autumn said with a smile that could light up all of the Midwest.

Springtime this year, I had a litter of eight West Highland White Terrier puppies, each one set to go to good families who had gotten one from me in earlier years. Brynn, who is filled to the brim with upbeat energy and an incredible love for dogs, came to help me one lovely day shortly after they had been weaned.

I set up pens in the yard, along with two new wading pools with a few puppy toys thrown in.

While I brought the pups out from the house, Brynn began moving the wading pools around just so. I had told her there were four boys and four girls, and she already had a plan.

As I handed each pup to Brynn, I would tell her if it was a boy or a girl puppy. She would look it over closely, then put it where she thought it should go.

One by one, each pup was picked up, talked to, played with. I sat back and watched and felt a happiness like no other.

A couple days later, Brynn’s mom brought her over to help me, and this time, one of Brynn’s maternal-side boy cousins her same age came along.

“You don’t know about this stuff yet, but I will teach you,” Brynn said to Ridge, who wasn’t so sure he wanted to learn. She began separating the boy puppies from the girls, setting them in different wading pools.

“How do you know this is a boy and that one is a girl?” the little boy asked.

“Oh, it’s really easy,” she said with a bit of dramatic flair as she let him know, in no uncertain terms, she was a professional in this line of work. “The boys have a belly button.”

So, that’s really all you need to know. When you grow up, you can now be a puppy farmer.