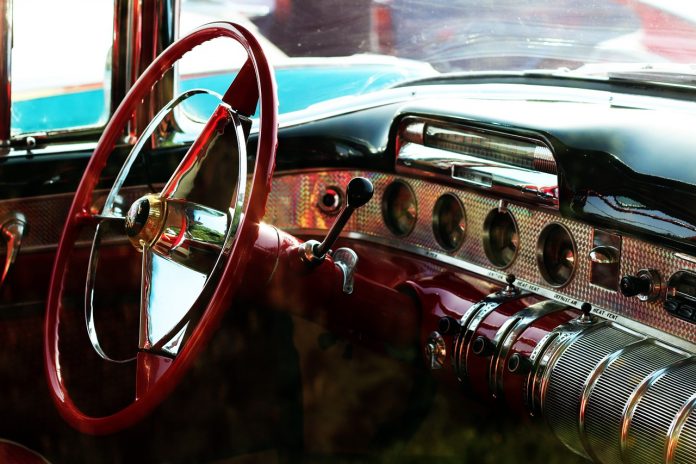 I’ve never owned a Buick automobile, although when I was a wee lad my grandfather had a 1932 Buick, my one uncle always drove Buicks, and my Dad had a couple.

The General Motors Corporation actually got its start with the Buick, and although GM has killed off the slightly more venerable Oldsmobile marque (1899), it retains Buick, the oldest car name plate now in America, as one of its premier offerings.

It’s a wonder the Buick car ever lasted beyond its infancy.

David Dunbar Buick was in the plumbing-fixture business in Detroit and invented the process for affixing porcelain to cast iron that made modern bath and kitchen fixtures possible.

Buick, however, was a dreamer and instead of becoming rich from his invention he began tinkering with gasoline engines.

Buick built marine and auto engines and in 1900 hired Walter Marr, who had built a one-cylinder OHV motor-trike, as chief engineer of the Buick Auto-Vim and Power Co..

Marr, Buick and another engineer, Eugene Richard, perfected a 2-cylinder, flat-twin engine with 2 valves in each head. These men are usually credited with designing the first successful overhead-valve engine.

Buick continued his dithering ways and seemed incapable of actually going into production-just two Buicks were built in nearly three years-and Briscoe wanted out so he could partner with Jonathan Maxwell in a hopefully more successful automobile venture.

He heard of a wealthy businessman in Flint, James H. Whiting, who was head of the Flint Wagon Works and who had the automobile itch.

On Sept. 11, 1903, The Flint Journal announced that the Buick Motor Co. was moving to Flint and a new factory would be built near the Wagon Works. Whiting had bought the whole thing for $10,000 and brought David Buick and his son Tom to Flint as well.

The paper went on to say, “It would employ at the outset a hundred skilled mechanics and machinists and would manufacture stationary and marine engines, automobile engines, transmissions, carburetors, and sparking plugs.”

By the end of 1903, the new Flint plant went into production with 25 employees. Marr returned to the fold and he and Buick persuaded Whiting to produce an automobile.

By July of 1904 the first real Buick car was ready, a basic chassis with two seats perched atop and a two-cylinder 12 horsepower valve-in-head engine. Walter Marr and Tom Buick set out in the car July 9 and headed for Detroit to road test the machine.

After they returned three days later the Journal wrote, “Bespattered with flying real estate from every county they had touched, but with the knowledge that they had made a ‘record,’ Tom Buick and W.L. Marr of the Buick Motor Works…returned to the city late yesterday afternoon. In spite of the muddy conditions of the roads the trip home was made in the remarkable time of 3 hours and 37 minutes, or at the rate of a trifle less than a mile in 2 minutes.”

As a result of the successful test 17 cars were sold and production got underway. James Whiting, however, realized he’d bitten off more than he could chew; his initial investment had been used up and bankers were reluctant to loan more funds.

So Whiting went to see Dallas Dort of the Durant-Dort Carriage Co.. Neither Dort, nor his partner William Durant was fond of automobiles, they were, after all, in the carriage business, but Whiting was an old friend.

Billy Durant rode in the Buick and then drove it himself and was impressed with the car. Besides, it attracted attention, something Durant loved.

By November, an agreement was reached and Durant was on the Buick board of directors. He immediately raised the company’s capital stock from $75,000 to $300,000 and set about placating Buick’s creditors, giving him time to get the ailing firm back on its feet.

Durant also took a new Buick to the prestigious New York Auto Show in January 1905, and returned to Flint with orders for 1,108 Buick cars, orders that the tiny Buick factory was ill-equipped to fill.

Durant-Dort owned a large, empty factory in Jackson, Michigan, so the Buick assembly line was established there, although engines and transmissions were made in Flint.

This inefficient arrangement irked Durant and he went about raising money for a new factory in Flint and, of course, super-salesman Billy Durant was successful.

One of Buick’s test drivers, Bob Burman, entered a Buick in a Grosse Pointe race and beat both Henry Ford and Barney Oldfield.

After that, Durant got excited about the publicity the Buick racing cars received and got into auto racing in a big way for several years.

The success of the Buick car whetted Durant’s appetite for more, and during 1908 he carried out discussions of a possible consolidation with the owners of several big car companies, including Henry Ford (Ford Motor Co.), Ransome E. Olds (Reo Motor Car Co.), and Ben Briscoe (Maxwell-Briscoe Co.).

In the end these talks came to nothing so Durant turned to the ailing Olds Motor Works of Lansing, Michigan, now run by Fred and Angus Smith after R.E. Olds left it in 1904 to start Reo.

The Smiths were receptive, and after a lot of wheeling and dealing incorporation papers for the new General Motors Co. were filed in September 1908. Working behind the scenes, as he so often did, Durant then arranged to sell Buick to GM in October, and the next month GM acquired the Olds Motor Works.

According to legend Durant restyled the Oldsmobile and the new model soon put Olds in the black.

Durant proceeded to add Cadillac and Oakland and several parts suppliers, such as Champion Ignition Co. which became AC spark plugs, and General Motors Co. was on its way.