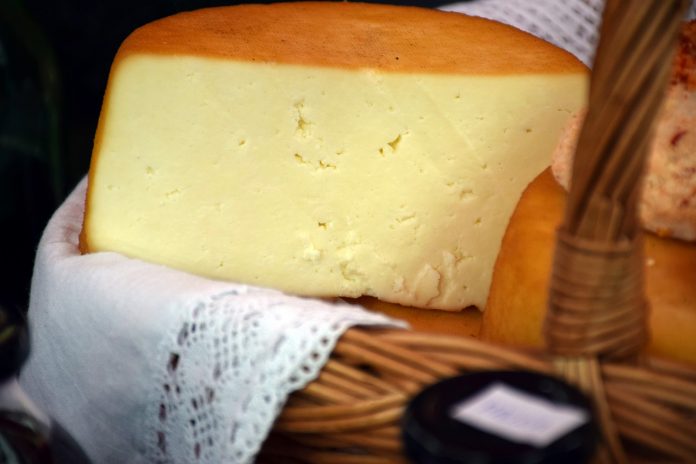 STATE COLLEGE, Pa. — A small study from researchers at Pennsylvania State University and two other universities suggests that the antioxidants in cheese may offset the damage caused to blood vessels by sodium consumption. “Studies have shown that people who consume the recommended number of dairy servings each day typically have lower blood pressure and better cardiovascular health in general,” says study researcher Lacy Alexander, a professor of kinesiology at Penn State. Interestingly, the connection has been shown even when the cheeses consumed are high in sodium.

The Penn State researchers, led by doctoral student Billie Alba, conducted a randomized, crossover design study to learn more. They found that adults who consumed a high-sodium diet experienced blood vessel dysfunction, but when they had four servings of cheese in conjunction with the same high-sodium diet, the dysfunction did not occur.

The cheese diets included several different kinds of cheese equivalent to about four servings. Blood pressure function was measured for the group members after each eight-day period.

When study participants were on the high-sodium diet without any cheese, their blood vessel function dipped “to what you would typically see in someone with pretty advanced cardiovascular risk factors,” says Alexander. “But when they consumed the same amount of salt and ate cheese as a source of that salt, those effects were completely avoided.”

Although the researchers can’t be certain what produced the beneficial effect, they speculate that antioxidants in cheese are a contributing factor.

“Consuming high amounts of sodium causes an increase in molecules that are harmful to blood vessel health and overall heart health,” says Alba. “There is scientific evidence that dairy-based nutrients, specifically peptides generated during the digestion of dairy proteins, have beneficial antioxidant properties, meaning that they have the ability to scavenge these oxidant molecules and thereby protect against their damaging physiological effects.”

The National Dairy Council provided support for the study.