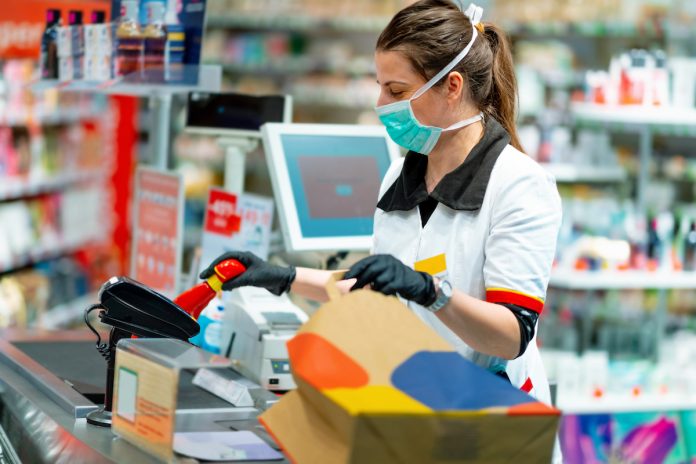 Calls to get frontline food workers access to the COVID-19 vaccine are getting louder.

“We’re not saying these workers need to be first, but they shouldn’t be last either,” he said.

Perrone and a handful of food workers spoke during a press call Feb. 9, about the urgent need for vaccine access for its members and other workers in the industry.

“The work I do is important. But I don’t want anyone else to go through what I went through,” said Antonio Jimenez, a meatpacking worker, at a JBS plant in Minnesota, during the call. Jimenez said he got COVID last spring and was out of work for months to recover. He still doesn’t feel fully back to normal.

“Workers like us who keep America fed must be vaccinated,” he said.

The Centers for Disease Control and Prevention recommendation put food and agricultural workers and grocery store workers in phase 1b of vaccine rollout, along with other essential frontline workers like police officers, firefighters and teachers.

Mónica Ramírez, founder of Justice for Migrant Women, said they’re deeply concerned for farmworkers and food workers in Ohio “who have been deemed essential and help to feed us every single day, yet are not recognized as such when it comes to vaccine priority.”

Farm and migrant workers will soon be arriving from out of state to work in Ohio, the letter states, making it all the more important to protect essential workers.

“We all depend on these workers,” the letter reads. “They deserve to be treated with dignity and to work in a place that is safe.”

The groups ask that vaccine distribution sites be made available that are free from employer interference, that there be access to culturally sensitive materials in relevant languages and provide flexibility and paid time off to receive the vaccine.

Essential Ohio also asks that vaccine access be extended to undocumented an uninsured workers and make clear to them that any information shared as part of the vaccination process will be kept private.

The group said there are more than 15,000 undocumented workers in the food supply chain in Ohio and many are fearful that providing information to state officials could be shared with immigration enforcement.

Kroger phased out its $2-per-hour hazard pay for its workers last May, but has since given workers $100 in store credit and 1,000 fuel points.

It’s a nice gesture, but isn’t helpful for all workers.

“Some people catch the bus,” said Eric Nelson, a Kroger employee, near Cincinnati, Ohio, during the press call.

Nelson said since the pandemic began, the Kroger location he works at has doubled or tripled its business on many days.

“Kroger used to call us heroes, but we’re not treated like heroes,” he said. “Not only did they cut our hazard pay months ago, but they also cut hours in our stores, even on the busiest days ever… Fewer staff dealing with more people in the middle of a pandemic is insane.”