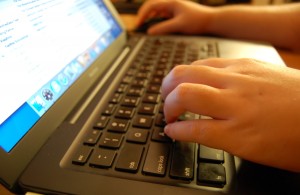 UNIVERSITY PARK, Pa. — Technology can serve as a tool to bridge the digital divide, but it is unlikely to be a complete solution in helping people find jobs and escape poverty.

“People really want to believe that the latest technology will help us do all these great things and liberate us,” said Penn State researcher Michelle Rodino-Colocino, an assistant professor of communications and women’s studies. “But it’s also a way of putting off the big problems and saying, ‘Let’s not touch these big problems because Internet access will turn it all around for us.'”

The researcher examined a plan in Walnut Hills, a diverse low-income community in Cincinnati, Ohio, to provide a wireless Internet connection — WiFi — service and computer training to poor, mainly female residents who do not own cars to help them become more employable and escape poverty.

The organizers of the Neighborhoodworks.net project named the ideal recipient of the program Vanessa, who was both a real person, as well as a representative of the demographic that the group wanted to serve.

Vanessa was low-income mother of four, who did not have a car or access to childcare.

“It’s really a digital divide argument,” explained Rodino-Colocino, “but it’s also a typical post-welfare argument that tries to avoid the political and larger structural problems and accepts the attacks on welfare as a given.”

The project, conceived in 1999, was expected to become operational in 2007. While the computer training did receive funding and was provided by a local human services agency, the plan to provide free WiFi to the community failed.

Rodino-Colocino said that even if the free WiFi service was rolled out, she doubted the technology would solve the problems of the project’s participants.

“It’s a classic pick-yourself-up-by-your-bootstraps — or Internet connections, in this case — type of program,” the researcher said. “But it doesn’t address these big problems.”

The researcher said there are few online jobs that pay a living wage. Without a car or childcare, the participants would still find it difficult to find a job.

“In fact, the participants may have found themselves even more isolated,” she added.

Rodino-Colocino said that political action, rather than an overreliance on technology, would help low-income people to solve problems associated with poverty, such as low wages and limited access to childcare.

To study the project, Rodino-Colocino attended community meetings on the plan and reviewed the Neighborhoodworks.net grant application, as well as monitored media coverage on the plan. She conducted a series of interviews of 10 participants of the program, both during the planning phase of the project and after the failure to create the WiFi network.

Rodino-Colocino was surprised that even after the failure to implement the free WiFi system, participants still had hope that technology would create new employment opportunities for them. The project seemed to raise self-esteem and hope, she added.

“The hearts and minds of all those involved were really in the right place with this,” Rodino-Colocino said. “When I returned for follow-up interviews, participants were still hopeful even though these larger issues were never addressed.”

When it comes to the 2020 weather, devil is in the details

How to save a life: changing the way we look at mental health and farming