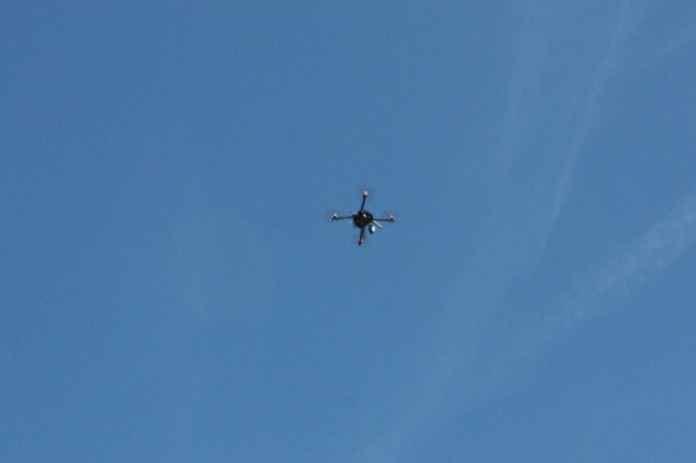 COLUMBUS — While the appeal of using unmanned aerial systems by farmers and growers to aid in farm operations is growing in popularity, before you launch a drone over your crops to gauge field conditions, be aware that doing so could result in a hefty fine from the Federal Aviation Administration.

Hall said that while the technology is available for farmers and growers to use drones for their farm operations, the rules of who can use it and how aren’t as clear.

“In this case, the technology is clearly ahead of the law,” she said.

“While landowners, farmers and growers need to know if it is legal to use UASs on their own land to monitor crops or for other uses on their farm, at this point it’s still a gray area in the law.”

Hall will talk about UASs Sept. 17 at 1:20 p.m. during a “Question the Authorities” session at the Farm Science Review, held at the Molly Caren Agricultural Center in London, Ohio.

The FAA is expected to propose rules by the end of the year for drones weighing less than 55 pounds, which would typically be what most farmers would use for their farm operations, she said, noting that regulations for larger UASs will come later.

But until such regulations are set, some farmers assume that they can fly UASs on their farms for personal use, Hall said.

“At this point, the FAA doesn’t allow UAS usage for personal commercial operations, even on private land, without an FAA-approved certificate or waiver,” Hall said.

Hobbyists can operate drones for recreation without a certificate, and universities and other governmental agencies can operate UASs for research and development with approved certificates from the FAA that include where they can be flown.

“But the FAA considers all other drone activities as ‘commercial’ activities that are regulated, or will be regulated once FAA develops the regulations.”

Farmers who want to operate drones on their farms may face fines from the FAA, she said.

“Until the FAA develops the regulations for commercial certificates, farmers have to be careful and aware that the possibility of being fined by FAA for using drones without a certificate is there,” Hall said.