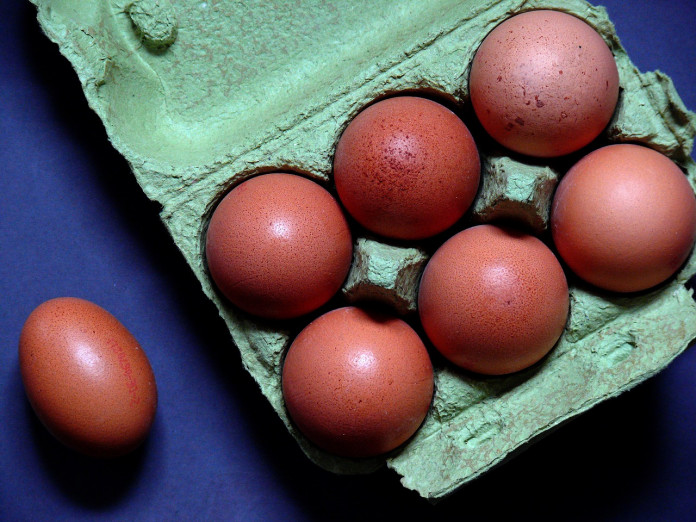 UNIVERSITY PARK, Pa. — Eggs from small flocks of chickens are more likely to be contaminated with salmonella enteritidis than eggs sold in grocery stores, which typically come from larger flocks that are regulated by the U.S. Food and Drug Administration, according to researchers in Penn State’s College of Agricultural Sciences.

That conclusion — which flies in the face of conventional wisdom that eggs from backyard poultry and small local enterprises are safer to eat than “commercially produced” eggs — was drawn from a first-of-its kind, six-month study done last year in Pennsylvania.

Researchers collected and tested more than 6,000 eggs from more than 200 selling points across the state. Salmonella enteritidis is a leading foodborne pathogen in the U. S., with many outbreaks in humans traced back to shell eggs.

The FDA requires shell-egg producers from farms with more than 3,000 chickens be in compliance with the FDA Final Egg Rule, which is aimed at restricting the growth of pathogens.

However, small flocks with fewer than 3,000 layer chickens currently are exempted. Eggs from these producers often are marketed via direct retail to restaurants, health-food stores and farmers markets, or sold at on-farm roadside stands.

From April to September 2015, the researchers purchased two to four dozen eggs from each of 240 randomly selected farmers markets or roadside stands representing small layer flocks in 67 counties of Pennsylvania.

Internal contents of the eggs and egg shells were cultured separately for salmonella using standard protocols. Salmonella recovered were classified by serotype, and any Salmonella enteritidis isolates present were further characterized to evaluate their relatedness to isolates of the bacteria that have caused foodborne illness outbreaks.

That is a higher prevalence of the pathogen than that found in studies of eggs from large flocks, noted lead researcher Subhashinie Kariyawasam, microbiology section head at Penn State’s Animal Diagnostic Laboratory.

Those eggs, from flocks of more than 3,000 birds, are subject to federal regulations aimed at reducing salmonella enteritidis contamination. These regulations require measures such as placement of salmonella — ”clean” chicks, intensive rodent control, cleaning and disinfecting between flocks, environmental monitoring of pullet and layer houses, continuous testing of eggs from any Salmonella-positive houses, and diverting eggs from Salmonella-positive houses for pasteurization.

Kariyawasam — who presented the research findings to the American Veterinary Medical Association and the American Association of Avian Pathologists at their August meeting in San Antonio, Texas — said the study clearly demonstrated that salmonella enteritidis is present in the eggs produced by small flocks.

“The research highlights the potential risk posed by the consumption of eggs produced by backyard and small layer flocks. And, analysis of the salmonella enteritidis present in the eggs from small flocks shows they are the same types commonly reported to the Centers for Disease Control and Prevention from human foodborne outbreaks,” she said.

“These findings emphasize the importance of small-producer education on Salmonella enteritidis control measures and perhaps implementation of egg quality-assurance practices to prevent contamination of eggs produced by backyard and other small layer flocks,” she continued.

Eggs from small flocks make a negligible contribution to the table egg industry in the U.S., Kariyawasam noted. But the growing demand for backyard eggs and eggs from nonfarm environments — with small egg-producing flocks managed in cage-free systems and pasture situations — suggests these production systems deserve some scrutiny.

Salmonella enteritidis, like other foodborne bacteria, is destroyed by proper cooking. However, salmonella infections can be very serious, even life-threatening, especially to the very young, the elderly and people with weakened immune systems.

“The bottom line is, if you buy your eggs from the small producers, you need to worry about salmonella just as if you bought eggs produced by large flocks,” Kariyawasam said. “And, beyond the consumption of eggs, birds in these flocks can have Salmonella, so people with backyard poultry need to be aware of the dangers with pet birds — there is a risk to allowing birds to come into the house and children playing with the chickens.” 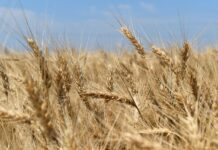