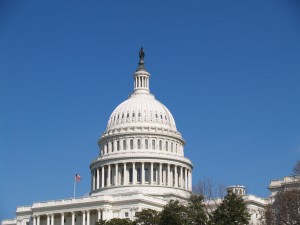 (Updated Jan. 2. Updates being made.)

See what a couple Ohio State University Extension experts are saying about the bill.

In a Jan. 1 vote to prevent the nation from going over the so-called fiscal cliff that would have increased taxes on the middle class, Congress also approved a nine-month extension of the 2008 farm bill, which expired the end of September.

The farm bill extension, though, is about as divisive as the process that led to its creation and passage. It does not include a new dairy safety net program many producers insisted was necessary, including the nation’s largest milk lobby organization — the National Milk Producers Federation.

“The Senate’s vote earlier today (Jan. 1) on a nine-month extension of current farm policy is a devastating blow to the nation’s dairy farmers,” said Jerry Kozak, president of NMPF, in a statement to media. “After months of inaction, the plan that passed overnight as part of the fiscal cliff package amounts to shoving farmers over the dairy cliff without providing any safety net below.”

Dairy farmers across the country had united behind the Dairy Security Act provisions in the original farm bills that had already been approved by the full Senate, and by the House Agriculture Committee.

NMPF said “it’s little more than a New Year’s Day, hair-of-the-dog stab at temporarily putting off decisions that should have been made in 2012 about how to move farm policy forward, not offer more of the same.”

U.S. Sen. Debbie Stabenow, Chairwoman of the Senate Agriculture Committee, said progress has been made, but not enough.

“It is critically important that the U.S. Senate has come together to prevent tax increases on middle class families and small businesses, extend unemployment benefits for those struggling to find a job, and end tax breaks for millionaires our country can no longer afford,” she said in a statement to media. “This agreement accomplishes that, providing certainty for families and businesses and allowing our economic recovery to continue.

However, she said she is “deeply concerned” about “an incomplete farm bill extension that ends funding for important parts of the bill, including disaster assistance, while continuing costly taxpayer subsidies that were ended in the farm bill passed by the Senate.

She promised that the Senate Ag Committee will “once again begin work in the new year to enact a new Farm Bill that works for our farmers and rural communities as well as American taxpayers.”

“Once again, Congress has left rural America out in the cold,” said NFU President Roger Johnson. “An extension represents a short sighted, temporary fix that ultimately provides inadequate solutions that will leave our farmers and ranchers crippled by uncertainty.”

Some good, for now

The American Farm Bureau Federation said the fiscal cliff package “injected a good dose of certainty into our nation’s tax policy,” calling it a “major achievement.”

AFBF said the measure restored the $5 million exemption level for the estate tax, which was in danger of falling to just $1 million. On the minus side, the top estate tax rate increased from 35 percent to 40 percent. Permanent capital gains tax provisions that retain lower rates was a positive point, as was the inclusion of enhanced expensing provisions for businesses.

But the organization called the extension of the 2008 farm bill “little more than a stop-gap measure.”

“We are glad that a measure is in place for most of this year, but we are disappointed that Congress was unable or unwilling to roll a comprehensive five-year farm bill proposal into the fiscal cliff package. Now, it will be up to the new 113th Congress to put a new farm bill in place, and we will continue to insist on the kind of reforms that were included in the proposals approved by the Senate and the House Agriculture Committee during the 112th Congress.”

WASHINGTON, D.C. — With just hours left in the year, and three months after the 2008 Farm Bill expired, Congressional leaders are considering an extension of the same legislation.

“Clearly, it is no longer possible to enact a five-year farm bill in this Congress,” Lucas said in a statement to media. “Given this reality, the responsible thing to do — and the course of action I have long encouraged if a five-year bill was not possible — is to extend the 2008 legislation for one year. This provides certainty to our producers and critical disaster assistance to those affected by record drought conditions.”

It’s unclear if or when the House may vote on the resolution. Republican House Speaker John Boehner’s voicemail was full at presstime, and an email to his press secretary seeking a statement was unreturned.

The “new” farm bill seemed to have been on track throughout most of 2012, with Senate passage of a bill in June, and a similar bill passed in July by the House Agriculture Committee. But the bill would go no further — stalling in the House with no votes taken.

The delays have drawn criticism from Democrats — who say the inaction by the House will hurt both the economy, and the food supply.

“The House Republican leadership has put us in a situation where we risk serious damage to our economy unless we pass a temporary extension,” Senate Agriculture Committee Chairwoman Debbie Stabenow, D-Mich., said in a statement to media.

Stabenow said the extension has the potential to stop milk prices from spiking — a concern addressed by U.S. Secretary of Agriculture Tom Vilsack, who appeared on CNN’s State of the Union and warned that milk prices could revert back to a 1949 statute that would see prices double.

“It is critical that we pass a five-year Farm Bill that gives farmers and ranchers the certainty they need to plan for the future,” Stabenow said. “If a new Farm Bill doesn’t pass this Congress we’ll soon hold another mark-up and just keep working until one is enacted next year.”

U.S. Sen. Sherrod Brown blamed the House for refusing to consider the bill, saying important reforms in the Senate-passed bill will now “go down the drain.”

He added, “at this late hour, ensuring farmers have the certainty necessary to continue providing American consumers with a safe and affordable food supply is vital — and extending the current farm bill for nine months is the best way to do this.”

National Farmers Union President Roger Johnson said the organization “is deeply disappointed in the dysfunction of Congress. The members’ inaction leaves significant uncertainty for farmers and ranchers trying to plan for the 2013 planting season without knowing the coming year’s policies.”

Johnson said farmers across the nation have spoken “time and time again” that they want a new five-year farm bill. His organization held a joint rally with Ohio Farm Bureau Federation in the fall, to help bring about a new bill.

Johnson said some of the programs in “peril” include renewable energy and conservation programs, livestock disaster assistance, beginning farmer and rancher programs, and much of the farm safety net, including dairy programs.

If it comes down to extending the current bill, he said Congress “should do so by fully extending all 2008 programs, such as the disaster, energy and beginning farmers and ranchers programs.”

The Ohio Corn and Wheat Growers Association said Congress should make a New Year’s resolution of getting a comprehensive, five-year bill done early in 2013.

Director Tadd Nicholson said a “short-term Band-Aid” is better than no action, but falls short of what farmers truly need.

“Versions of the farm bill considered by the House and Senate for months would have saved at least $23 billion in the federal budget, including significant fiscally responsible reforms initiated by grain farmers,” Nicholson said. “Instead of taking that savings, Congress allowed the farm bill to get caught up in Washington politics and postponed their work for another day.”

The American Farm Bureau Federation has not released an opinion on the proposed extension, according to Tracy Taylor Grondine, media relations director.