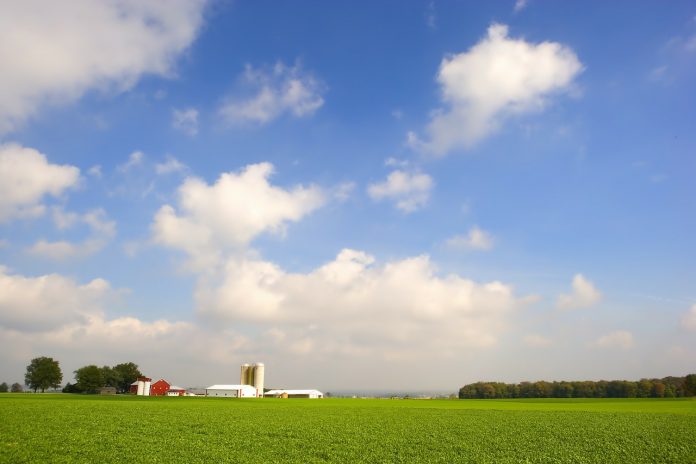 SALEM, Ohio — A bipartisan bill that would make it easier for farmers to hire immigrant farm workers and create a pathway for farm workers to gain legal status if needed passed in the U.S. House of Representatives Dec. 11. The bill was received in the Senate and referred to the Committee on the Judiciary Dec. 12.

Nearly 300 agricultural organizations signed a letter supporting the Farm Workforce Modernization Act of 2019 in November. The letter cited a “labor crisis” for American agriculture and said farmers and ranchers need access to a stable, legal workforce.

“Agriculture work is very difficult,” Hollay said. “[U.S.] workers have decided that they would not prefer to work in agriculture.”

The H-2A program was introduced in the 1980s as a way for farmers and other agricultural employers to hire temporary immigrant workers.

The program requires employers to recruit hire U.S. workers before seeking more workers for positions they could not fill through the H-2A program.

The USDA believes that almost half of hired crop farm workers from 2014-2016 were not authorized to work in the U.S.

Aaron Shier, government relations representative for the National Farmers Union, which also supports the bill, said this situation is unstable for farmers and farm workers.

The act would allow farm workers without legal status who have worked for at least 180 days in the last two years to apply for certified agricultural worker status. This is a temporary legal status that could be renewed indefinitely, as long as the worker continued to work for at least 100 days each year in agriculture.

All applicants, including spouses and children, would go through background checks.

There would be a pathway for people with this status to apply for green cards, by paying a $1,000 fine and continuing to work in agriculture for four or eight years depending on how long they worked before.

“The act would help secure an adequate supply of workers in American agriculture,” Shier said. He added that providing a pathway to legal status for workers would “ensure fairness.”

Giev Kashkooli, a vice president for United Farm Workers, which helped negotiate provisions of the bill with farming organizations and lawmakers, said about half of farm workers do not have legal status and live in fear of deportation.

“We believe that people who are doing this extraordinary work and leading these exemplary lives in our community absolutely deserve the right to at least apply for legal status,” Kashkooli said.

In addition to increasing the number of green cards and H-2A visas available, the bill would add 20,000 H-2A visas per year for dairy farms and other employers with year-round needs.

“Reform … is so imperative for us so that we can get a program that we can actually use,” Bleiberg said.

The bill would also consolidate the filing process into a single portal, simplify the recruitment and filing process for farmers and other employers and provide H-2A workers with three-year visas.

“One of the issues is, [the H-2A program] hasn’t been employer-friendly,” said Hollay.

The bill would also freeze wages for one year and cap wage fluctuations for most of the country at 3.25% for nine years.

“Even that level of certainty gives employers the ability to know what their labor costs will be for the year,” Hollay said.

“The benefit for employers is that you have certainty about who is working on your farm,” Hollay said.

The program would not be phased in until after other reforms to the H-2A program were made.

While some state- and county-level farm bureaus signed the letter to the house supporting the bill, the American Farm Bureau Federation did not.

Allison Crittenden, a congressional relations director for the bureau, said in an emailed statement to Farm and Dairy that the bureau is concerned at the complexity of the way wages would be determined under the bill. It could be difficult financially for farmers.

She also said provisions in the bill that give H-2A workers the right to file a federal, private lawsuit conflict with the bureau’s policies, are unnecessary, as H-2A workers already have ways to pursue enforcement of the terms of their contracts, and could “expose farmers to potentially expensive, frivolous lawsuits.”

Some organizations believe shortcomings in the bill can be resolved as it moves forward in the legislative process.

“The bill is far from perfect, but it is an important first step in the process,” Hollay said.