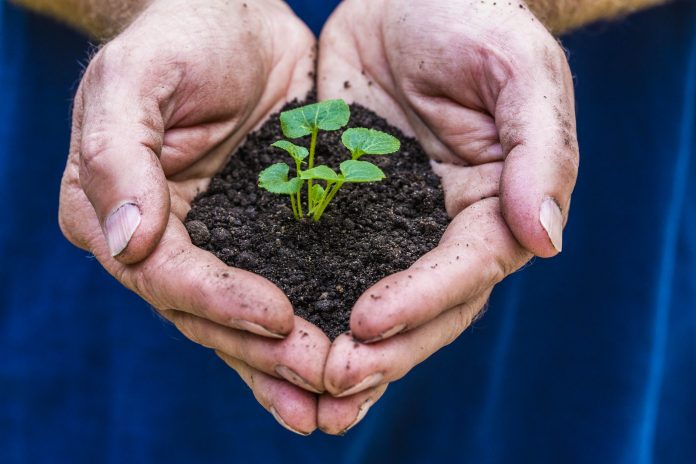 LONDON, Ohio — Even while U.S. legislators and agencies continue to debate carbon markets and how they should work, private markets have been pushing ahead. That’s because so far, those markets aren’t just driven by regulations — they’re driven by consumer demands.

Many millennials and members of generation Z are concerned with sustainability, and those generations have more and more of the buying power in the U.S. Many companies have made pledges to reach net zero when it comes to carbon or other greenhouse gas emissions, often through buying carbon credits to offset their emissions.

While there has been some interest in carbon markets from the Biden administration, farm, forestry and conservation groups have been talking about carbon markets for several years. Legislators and those in the agriculture and forestry industries are still debating exactly how the roles of the federal government and the private sector fit together in carbon markets.

“I believe we should have sobriety in talking about these markets, because I think we can reasonably expect they will exist well beyond this current administration,” said Luke Crumley, director of public policy for the Ohio Corn and Wheat Growers Association, during a panel at Farm Science Review, in London, Ohio, Sept. 21.

But there are still some things to work out. Contracts for carbon markets are complicated. There are several things that have to be addressed in contracts, including how sequestration will be verified, how farmers’ data will be handled and kept confidential and how long carbon must be sequestered under the contract, said Peggy Kirk Hall, field specialist in agricultural and resource law at Ohio State University.

But even before the contract, there are several legal issues that have to be addressed. In some cases, it’s not clear whether carbon markets are creating a real property interest — like mineral rights — or an intangible, personal property right, Hall said. She said the federal government can help by giving some guidance on consistently interpreting legal interests in contracts.

There’s also “additionality.” Many private companies that are buying carbon credits want to make sure that they’re paying for carbon that is newly sequestered, by new practices that farmers or foresters take on, not carbon that is already in the soil or trees.

Brent Sohngen, professor of environmental and resource economics at Ohio State, looks at the idea of additionality a little differently. The U.S. government includes carbon that farmland and forestry are currently sequestering when it negotiates international deals. The way he views it, when farmers and foresters store carbon in their trees or soils, taxpayers and the government are getting an asset for free.

“What are we going to give the rest of the world for free?” he said. He suggested that the U.S. government can handle the issue of additionality by compensating landowners for the carbon they are already sequestering, and leaving additional sequestration to the private markets.

Hall said that concept might make sense for forestry. She noted, however, that in some cases, conservation programs are already paying farmers to take on practices that sequester carbon. That would need to be untangled so that farmers aren’t being paid twice for the same thing.

The U.S. House agriculture committee had a hearing on carbon markets for agriculture and forestry Sept. 23. Representatives of the National Association of Wheat Growers, the Ecosystem Services Market Consortium, Environmental Defense Fund, National Alliance of Forest Owners and several other groups gave testimony on carbon markets at the hearing.

Several reiterated concerns about technical assistance and lack of transparency in some carbon market programs.

Callie Eideberg, director of governmental relations for the Environmental Defense Fund, said while the private sector is already involved in ecosystem service markets, like carbon markets, the ways that the private sector measures and accounts for environmental benefits are “all over the map.” She encouraged Congress to step in with more guidance on verification.

“There is no referee on the playing field to ensure consistency in the measurement, the reporting or the verification of those emissions reductions,” Eideberg said. “So, without better standards or any type of standardization, we may very well see these markets fail.”

Meeting climate targets would take about a $200,000 billion per year investment in the agriculture and forestry sectors, and the federal government is highly unlikely to invest that much, Sohngen said. That means the funds will need to come from the private sector.

He also argued that it would be better to keep the government out of the markets. Sohngen and Crumley said carbon markets need to be able to function as a market in order to get enough private sector investment, and the government isn’t necessarily good at that.

D’Ambrosio said for the federal government to not get involved, the private sector will need to step up.