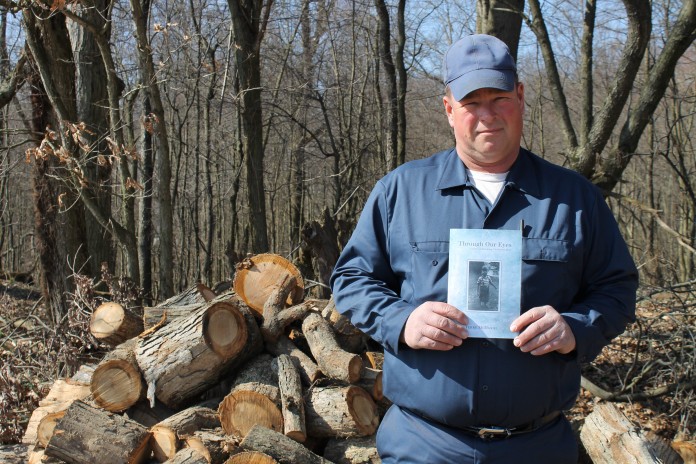 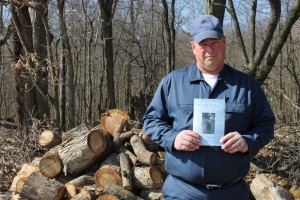 WOOSTER, Ohio — It was Christmas Eve 1976 and Terry McDaniel, then a teenager, and his parents were watching the TV talent show called The Gong Show.

An early precursor to today’s American Idol — contestants sang, danced and performed skits before a live audience and were judged on their performance. It was a “fun” show, or at least it should have been.

McDaniel, now 52, said he disagreed with the person who won that night — and his parents nearly killed him.

So horrible in fact that McDaniel, the author of a book about overcoming childhood abuse, Through Our Eyes, gets emotional just thinking about it.

“They used violent cursing,” he said. “They would take curse words that you never heard and they would just put them together and they could come up with some really nasty words.”

But harsh words were only a small part of the abuse McDaniel, and his sister, Vicki, 53, experienced at their childhood home, just north of Minerva.

Outside the home, his parents “were the nicest people in the world,” McDaniel said, but inside things were very different.

He remembers being 4 or 5 when his parents would punish him and his sister by means of suffocation — with a pillow — and often without warning.

“It didn’t take too much to upset them,” he said. “Maybe you did something during the day and they may have gotten mad at you, but then they may come back later that night when you’re asleep and turn the light on and just pummel the crap out of you.”

And then there were the times when his parents threatened to leave the two children at a local children’s home. They would count down the days until the very day, and drive by the home for added fright.

“They did that until the last day,” he said. “It was like taking a gun and sticking it to your head and playing Russian Roulette.”

The abuse caused emotional and physical scars that have followed Terry and his sister all their lives. Terry has nerve damage that he attributes to the abuse, and phobias about certain things like being deprived of air and working around loud, vulgar people.

He has a mark on his arm from where his parents burned him at age 4 — by dropping molten plastic on his skin in the shape of a C. And he recalls with a wince, the pain of being beaten with a stretched wire coat hanger.

Learning to forgive. As awful as his childhood was, though, he’s not out for revenge. His message is one of hope and inspiration — and forgiveness and understanding.

Terry said for most of his childhood, he just thought the things that happened to him were things he deserved, or that happened in all homes.

But as he grew, he and his sister began to know their home was different. He could not have friends over, and people at school began to notice something was wrong, said Vicki.

“I developed severe emotional problems as a child and they manifested themselves in high school as a teenager, to the point I was eventually taken away when I was 14,” she said.

She estimated the physical abuse for Terry ended when he was about 12, because at that time, social workers were in contact with their parents and knew something was going on.

But Terry remained in the home and said he probably wouldn’t have made it except for the support of his grandparents, Frank and Virginia Labus, who are now deceased.

Terry helped them with chores and they helped encourage him. But Terry said they didn’t want to intrude into his parent’s life, and his grandmother didn’t want to admit to the kind of person her daughter (Terry’s mother) had become.

“Living beside my grandparents — they saved us out of a lot of problems,” Terry said. “(Our parents) probably would have adopted us out if it hadn’t been for living beside our grandparents.”

Terry has struggled to hold a job over the years, a result of the nerve damage and phobias from his abuse, he said. He’s held random jobs like driving trucks and has worked a shop worker. In 1982, he left Ohio for a stint on the oil rigs in Louisiana.

His mother would die in 1986, and he didn’t hear about it until after the funeral.

In December of 1983, Terry was back living in Ohio, in Salem, and “so broke I couldn’t do anything.”

He remembers walking to the nearby town of Damascus, to meet his father, to see if he would loan him $200. But his father screamed and cursed at Terry, insisting the money was for his family

Terry’s father told him, “‘that money is for my family!’ And it’s like ‘who am I, who am I.’ Something inside me snapped,” Terry said.

For Terry, that December day would be a turning point. He was determined he needed to confront his father — his only living parent — and after discussing the situation with a local pastor, he did just that.

But he did so with “anger” and “that’s not a good way to confront anybody,” Terry said.

His father denied the abuse, and the situation did not resolve Terry’s heartaches.

But it opened the door for what Terry calls the “process of forgiveness.”

Terry said he had a spiritual change when he was 26, when he “came to know the Lord” and what it meant to forgive someone. As bad as his life had been, he knew it wouldn’t get any better until he let go.

“You release that person to be dealt with by God, not by you,” he said.

His sister shares the same view.

“I’m a Christian and I became a Christian much later than Terry, (but) I believe that if you want your own sins to be forgiven by the Lord, then how can you not forgive others,” she said.

Today, Terry proudly operates his own business — Terry’s Hauling Service — which he started in 1996. It consists of cleaning up and removing fallen trees from storm damaged woodlots and post-logging.

He provides landowners with pictures and references of his work, and promises to take care of the land and repair any damage he might cause.

After years in the outdoors and writing and rewriting, he’s finally put his thoughts together in his book — portrayed through semi-fictional scenes and characters that draw parallels to his own life.

Terry said he thought he could reach more people if he wrote in fiction, and he didn’t want to mention the names of real-life people in his family.

“I wanted to make the book a book of hope and healing for people who had been abused,” he said. “That was the main goal.”

He is married to Cassandra McDaniel and the couple lives in Apple Creek, Ohio.

His hands still shake a bit from the nerve damage and there are days when he has to work to control his mood — and clear his mind of tragic events — but thanks to forgiveness, he’s overcome a lot.

“You have to let them (perpetrators) go, because it ruins your life,” he said. “It’s the only way to get out of that maze.”

Read the sidebar to this article here.