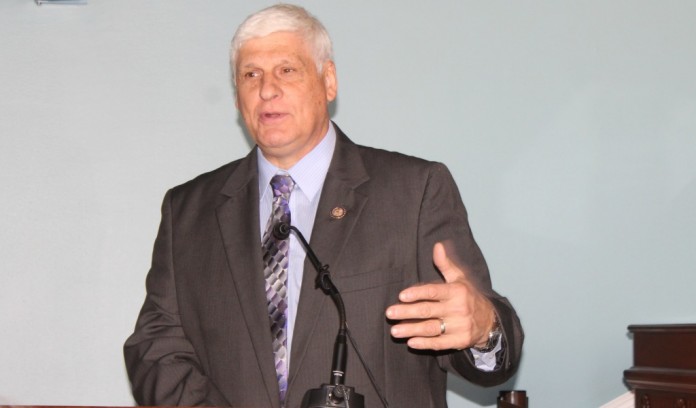 WASHINGTON, D.C. — GMO labeling was a hot button issue for Ohio Farm Bureau county presidents who trekked to Capitol Hill to have their voices heard March 15-17.

In 2014, Vermont voters have passed a measure that will require products that contain genetically modified organisms, or GMOs, to be labeled. It is set to take effect July 1.

Opponents to individual state labeling bills say all 50 states could potentially have different labels, which would make it more expensive to produce food.

The U.S. Senate rejected a bill March 16  that would have prevented each state from requiring GMO labels on food. The bill failed to get the 60 votes needed to move forward, and the cloture motion failed 48-49. The Senate Agriculture Committee had voted 14-6 in favor of the measure March 1.


The U.S. House of Representatives has already passed a bill that would supersede the Vermont state measure and would have meant a uniform labeling system. If the Senate bill had passed, the legislation would’ve moved to a conference committee where a uniform bill would have been created between the two.

Because the Vermont labeling requirement takes effect July 1, food companies have been watching the Congressional action to know  whether to move forward in order to meet that deadline. The hope was to have the bill passed and signed by the President Barack Obama by the Easter holiday. Now, that’s not going to happen.

During their lobbying trip, the Ohio Farm Bureau county presidents pressed legislators for a timely resolution.

U.S. Sen. Sherrod Brown told the group prior to the vote that he feels the concern over GMO’s is overstated, but feels the consumer deserves to know. He is hopeful legislators can come to an agreement.

He said he would like to see a compromise reached, and include a two-year education period where consumers could become educated about GMOs.

The group also had the chance to hear from U.S. Rep. Mike Conaway, R-Texas, who is chair of the House Agriculture Committee during a farm forum hosted by Ohio Congressman Bob Gibbs, R-Ohio. Conaway said GMO’s is the only way farmers are going to feed the world.

“The Senate has to act,” he said. “It’s not a food safety issue. It’s a marketing issue,” said Conaway.

Conaway didn’t hold back about his disdain for the GMO labeling ordeal. He told the group that Vermont exempted many of their homegrown products such as maple and dairy products from having to include such labels.   Conaway added that labels are going to not only cost producers more money, they are going to cost families more money. He said estimates are that the labels will cost families an additional $1,000 a year in food costs.

Rep. Collin Peterson, D-Minnesota, a ranking member on the U.S. House Agriculture Committee, said he represents an area where sugar beets are produced. He said the GMO issue is a big issue because his producers don’t have conventional sugar beet seed available in the industry any longer.

“We shouldn’t screw up the whole system when there is no science behind these fears,” said Peterson.


Legislators remain hopeful that some type of compromise will be worked out soon. So far, Vermont is the only state set to require labeling. Maine and Connecticut have passed similar laws, but those measures don’t take effect unless neighboring states follow suit. Several other states could consider labeling bills this year.