READING, Pa. — Residents of Pennsylvania look to the groundhog each Feb. 2 to forecast the weather. According to legend, if the groundhog sees his shadow, there will be six more weeks of winter weather; if not, an early spring is predicted.However, most people don’t understand the real reason groundhogs emerge when they do, according to Stam Zervanos, professor emeritus of biology at Penn State Berks.

Why do groundhogs sleep so long?

Zervanos has been researching the hibernation patterns of groundhogs for the past 18 years and has found that groundhogs do not simply crawl into their dens and hibernate. Instead they experience a series of torpor, or deep sleep, and arousal bouts throughout winter. During arousal, they normally stay in their burrows, but in the spring they emerge and move around above ground. They then return to the den for some more deep-sleeping episodes before the final arousal.

Typically, groundhogs do not exit hibernation for good until early March, which is when they mate. While some episodes of early emergence occur in February, it does not appear that mating occurs during these early encounters.

“For males, these early excursions are an opportunity to survey their territories and to establish bonds with females,” said Zervanos. “For females, it is an opportunity to bond with males and assess food availability.

“The length of the hibernation season at a given latitude appears to be consistent for groundhogs and is characterized by a predictable timing of immergence and emergence. This is important, because if mating occurs too early, young would be weaned at a time in the spring when food is still limited. If mating occurs too late, young would not have sufficient time to gain their critical hibernation weight.” 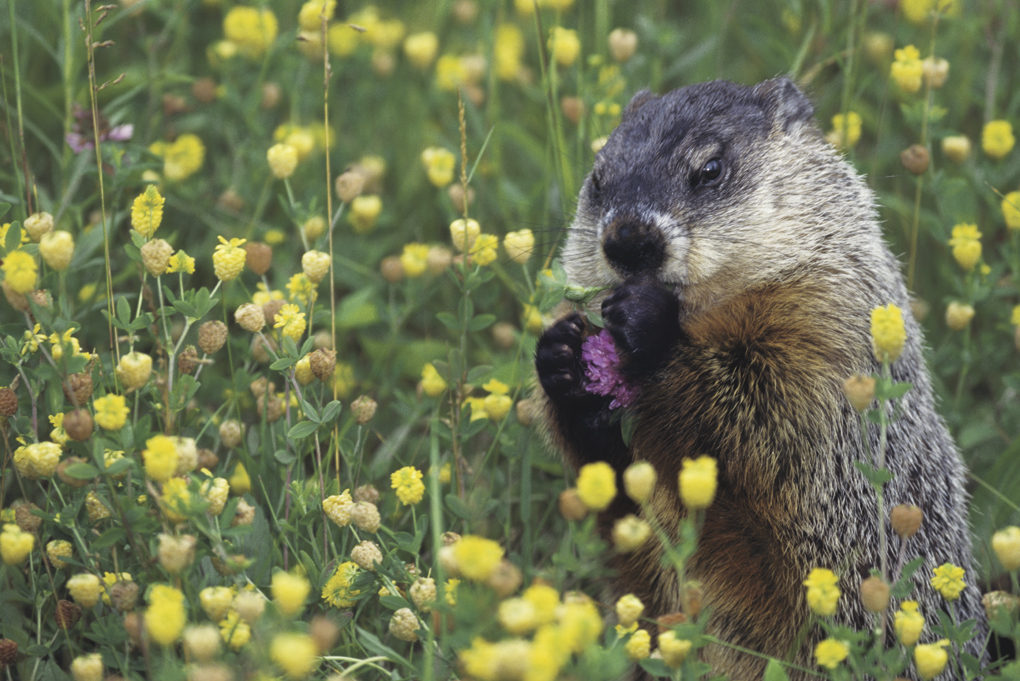 Basically, animals hibernate to save energy and thus survive the winter. Because hibernation has a high physiological cost, they try to avoid torpor by staying euthermic — maintaining their optimal body temperature — as much as possible, according to Zervanos.

Zervanos has been working with researchers from Clemson University in South Carolina, Colorado State University and the University of Southern Maine to compare the difference in hibernation patterns in northern versus southern groundhogs. Data indicate a direct relationship between latitude and length of hibernation season.

The “cost-benefit” hypothesis of hibernation may help to explain these results. It assumes that hibernators avoid the physiological stress of torpor by staying euthermic as much as possible. This is a new developing theory for hibernation studies. To further support this hypothesis, Zervanos and his colleagues recently reported that the time spent in torpor and torpor body temperature are based on the individual’s weight. The larger the animal, the less time spent in torpor and the higher the torpor body temperature.

Zervanos previously conducted a study to determine the presence of circadian rhythms during groundhog hibernation using continuously monitored body temperatures. The data indicate that males had shorter torpor and longer euthermic periods than females, supporting the existence of biological rhythms during hibernation in groundhogs, especially for males.

During torpor, groundhogs seem to have a free-running circadian clock. The adaptive value of persistent biological rhythms during hibernation may depend on hibernation strategies being employed to maximize reproductive success. For males, this means optimizing the time of emergence by anticipating the best time for emergence and being physically and physiologically prepared before emergence for successful mating.

It’s in the genes

“There is a theory that all mammals were able to hibernate in their ancestry,” said Zervanos. “Since we evolved from reptilian ancestors, which were able to hibernate, the logic would seem to say that all mammals have these genes or at least the genes that turn on and off the metabolic processes that control hibernation. If we can track down these controlling genes then we might be able to apply these characteristics to humans.”

For example, studying the genes that control metabolic processes could eventually lead to an ability ability to slow the heart rate during long, complicated surgical procedures or in cases of serious injuries.