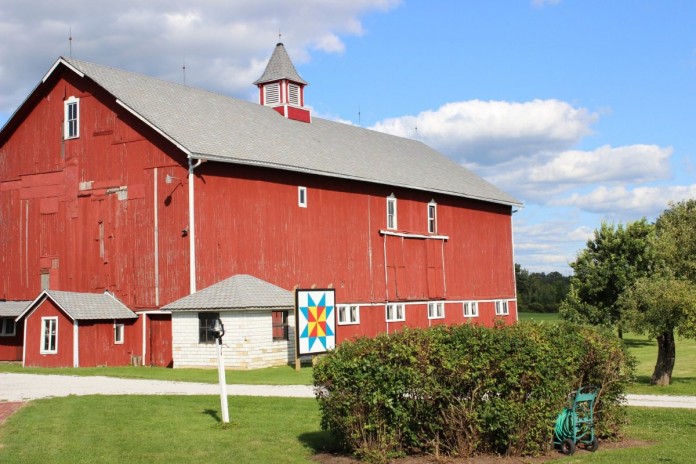 When Barlow, the fifth-generation owner of the property, ceased dairy operations in 1995, he and his wife, Helen, donated the roughly 65 acres that remained of the farm to the First Congregational Church of Hudson.

One year later, the church announced plans to sell the property for development and a group of Hudson citizens and business owners, as well as city officials, stepped forward to save the Case Barlow farm.

“The church was looking to sell it, but we got them to hold off until we had the funds,” said Bob Porter, president of the nonprofit Case-Barlow Farm corporation board of trustees.

Date: Sept. 14
Time: Noon to 5 p.m.
Tickets: $7 for adults and $5 for children 2 to 18. Children under 2 are free. Available at the entrance.
More information: www.casebarlowfarm.com.

In 1997, voters passed a tax levy allowing the city to purchase 60 acres of the farm and turn it into a park. The newly formed Case-Barlow Farm group took control of the remaining 4.2 aces and began renovations on the house and garage, an effort driven by donations from a variety of local businesses and community groups and the elbow grease of more than 100 volunteers.

The restoration of outbuildings such as the wagon shed, outhouse, corn crib, herb and vegetable “house garden,” and 1940s-era milk house followed.

A number of special events have since been held inside the farm house and on the grounds, and self-guided tours of the house began in 2012.

The next step, Porter said, is doing the same for the 1890s-era Case-Barlow barn.

“You just don’t see these around any more,” Porter said. 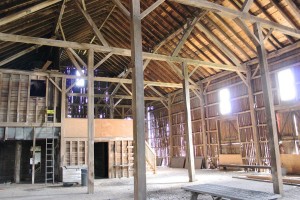 One of the earliest farms in Hudson, few properties can boast the historical pedigree of the Case-Barlow Farm.

Founded in 1814 by Chauncey and Cleopatra Case, the farm originally raised cattle and livestock before becoming a dairy operation, Porter explained.

The house, thought to be the first brick home in Summit County, was completed in 1831.

“They began work in 1826,” Porter said. “All the bricks were made on the property, which meant someone had to keep the temperature up to 1,600 degrees, 24 hours a day.”

The Case family was part of the late 18th and early 19th century migration of Connecticut-born settlers to the Ohio Territory’s newly founded Connecticut Western Reserve.

As the house was being built, Porter said, the family lived in a log cabin built by Hudson Township founder David Hudson, who was among the original surveyors of the area in 1799.

The Case family soon cemented its own place in local history. The Case-Barlow property was a stop on the Underground Railroad, and Chauncey and Cleopatra’s son, Lora, was a childhood friend of famed abolitionist John Brown.

Lora Case, in fact, was the last person Brown corresponded with, in a letter written shortly before, and making direct reference to, Brown’s execution.

Restoration of the sprawling, three-story bank barn is the most recent Case-Barlow Farm corporation project.

A dairy operation from the late 1800s through the mid-20th century, the barn still contains milking equipment. Horses were boarded in the building as late as 1995.

Roof, silo and floor restorations have already been made on the barn, first-floor foundation repairs are currently underway, and funds are being raised for door, siding and general clean-up efforts.

The farm restoration effort has turned up some surprising finds, including Cleopatra Case’s headstone — which was being used as a step off the back porch of the farmhouse — and a 2,000-gallon cistern built into the earthen bank between the grain silo and barn’s former milking area, uncovered during recent foundation repairs.

The Case-Barlow Farm trustees are now wrestling with the choice of re-burying the cistern, in keeping with the historical preservation of the property, or leaving the formerly hidden piece of history exposed, Porter said.

“It was completely underground and hasn’t been seen since it was put in,” he said of the cistern, which has been dated to the 1890s by two historians. “We thought we had found everything in the past 17 years, but we hadn’t.”

Fundraising, meanwhile, remains the group’s most daunting task. Restoration of the cupola on the barn, for example, cost $6,000; the barn roof restoration was $65,000; and ongoing foundation work is expected to cost between $32,000 and $39,000, Porter said. Meanwhile, the group’s operating costs, not counting restoration projects, are $20,000 annually.

The effort, in Porter’s view, is well worth the costs and challenges it presents.

Porter said Case-Barlow Farm’s attempt to preserve local history is different than a “museum concept” in that it provides an interactive environment, bringing the reality farm life in the 19th and 20th centuries to the surrounding community, specifically children.

“It’s important that the next generation sees how it was to have to go to the bathroom outside at night,” he laughed.

Porter said the Case Barlow Farm corporation’s long range goal is the “adaptive re-use” of the farm, making it available for school groups, weddings, and other community gatherings. But completing that process has been estimated to cost the group upwards of $150,000.

“The barn, for instance, is funded for the lower portion, but we have no funds for the upstairs,” Porter said. “Our goal is to restore the property for adaptive re-use, but (we hope to) preserve enough to show future generations what life on a 19th century farm was. We want people to see how a farm looked and worked 100 years ago.”